Sam and Bucky need some couples counseling. Disney+ debuted the newest trailer on Sunday during the Super Bowl for its upcoming Marvel Studios series, “The Falcon and the Winter Soldier.”

As you can see in the new trailer above, the two still have some issues to work out.

“The Falcon and the Winter Soldier” takes place after the events of “The Avengers: Endgame,” which ended with Captain America (Steve Rogers) passing his shield to Sam (Anthony Mackie). In the series, Sam is forced to join forces with his frenemy, Bucky Barnes (Sebastian Stan) to take on a group known as The Flag Smashers, as well as a returning Helmut Zemo (Daniel Bruhl), who appears to still harbor deep resentment of superheroes. Emily VanCamp is also returning as her MCU character, Sharon Carter.

The series debuts March 19, two weeks after the “WandaVision” wraps its run. It was supposed to be the first Marvel series for Disney+ last August, but it was pushed back after the COVID-19 pandemic shuttered production for a few months. Unlike “WandaVision,” “Falcon and the Winter Soldier” featured a global shooting schedule, so Disney+ swapped the two series in its order.

Marvel Studios chief Kevin Feige told TheWrap last month that despite the many shuffles in release dates caused by the pandemic (particularly on the film side), the interconnected narrative is largely unaffected.

Marvel also released new key art, which you can see below, that gives a (very small) look at Wyatt Russell’s John Walker/U.S. Agent. 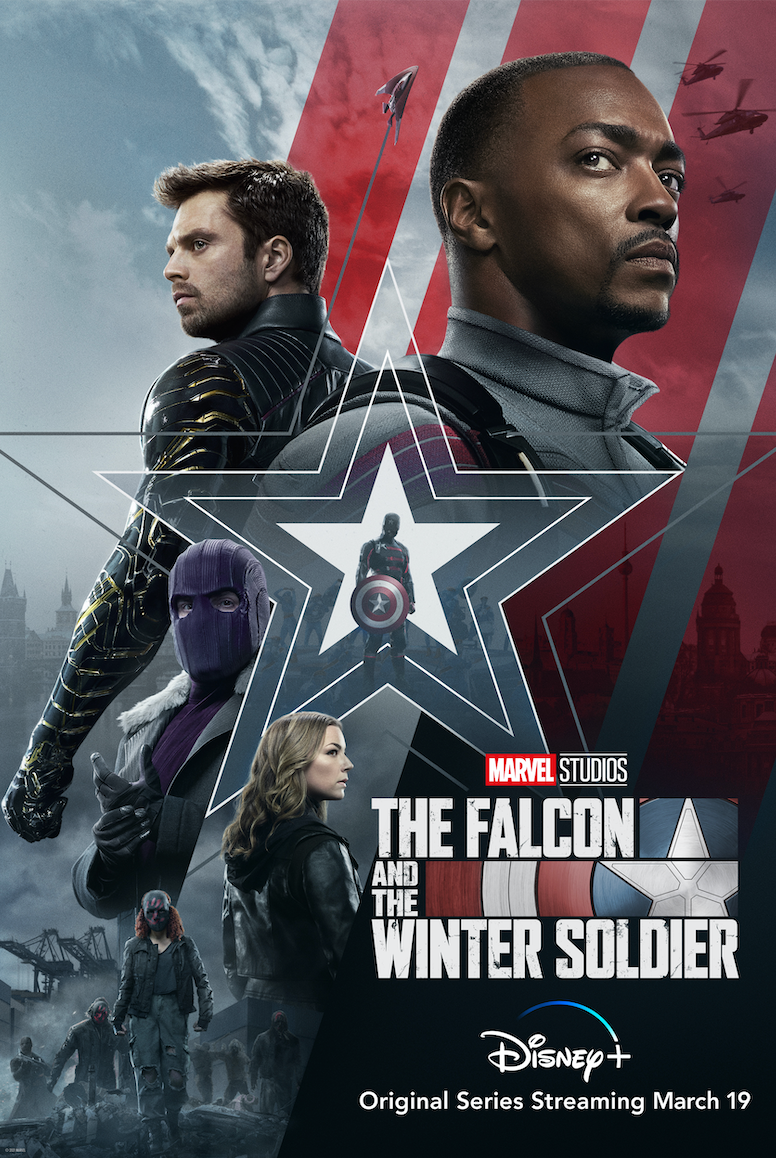