Bernard was naked at the time of his arrest and led police on a foot chase before he was subdued with mace and batons. An earlier police alert stated that he was armed with a rifle and considered dangerous.

Bivens (pictured below) was chosen by Tampa Bay in the fourth round of the 2014 draft out of high school. He is currently playing for the Rays’ Double-A affiliate team, the Montgomery Biscuits, which canceled a doubleheader scheduled for Tuesday in Chattanooga, Tennessee. 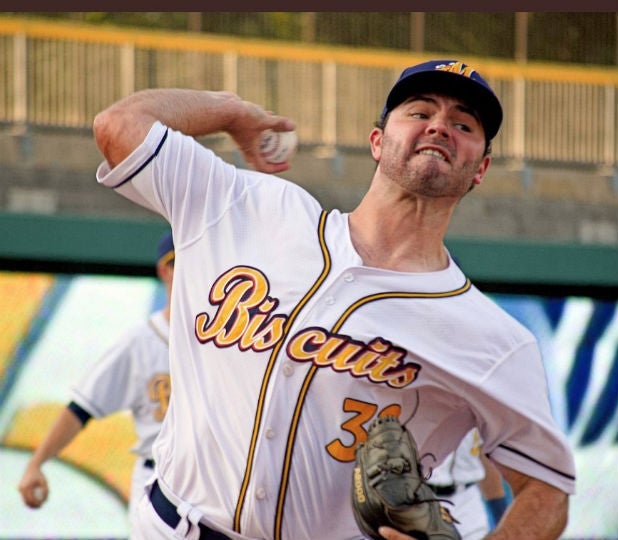 Bivens’ wife is Bernard’s sister. The couple had a one-year-old son.

The Rays went on to release a statement expressing their remorse: “Our hearts are broken for Blake. We are grieving with him and will support him any way we can. We ask that everyone respect the privacy of the Bivens family and the Biscuits family during this extremely difficult time.”

We’re with you, Blake. pic.twitter.com/gJqdUCIf7p