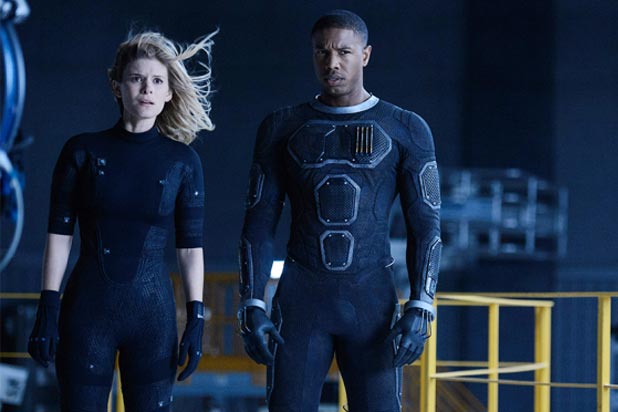 Wall Street had expected Fox’s Q1 earnings per share to come in at $0.38 on $6.42 billion in revenue, per Yahoo Finance. Zacks was one penny more pessimistic per share. Fox reported actual revenue of $6.08 billion on Wednesday. The company made the $0.38 mark thanks to some adjustments.

August’s superhero reboot flop looked particularly bad when compared to last year’s more successful Q1 Filmed Entertainment figures, which were attributable to the theatrical performance of “Dawn of the Planet of the Apes” and the home release success of “Rio 2.”

While “The Martian” has been a big hit for 21st Century Fox, high pre-release costs associated with the Matt Damon film were realized this quarter, which ended on Sept. 30. “The Martian” debuted on Oct. 2, so all of its box office revenues will be recognized in fiscal Q2.

In addition, the Filmed Entertainment segment last year counted revenues from the Shine Group, a scripted and unscripted TV production unit that was merged with Endemol and CORE Media Group in a new separate joint venture last year. All told, Fox profit fell from $1.093 billion to $737 billion.

Broadcast TV revenue was essentially flat year over year. Cable networks businesses helped ease some of the box office burden, which is where Executive Chairman Rupert Murdoch began his remarks.

“Our cable networks business generated strong growth in the first fiscal quarter, delivering double-digit earnings gains both domestically and internationally on sustained increases in overall affiliate fees, higher advertising revenues and lower expenses. Our quarterly results also reflect the expected impact of challenging comparisons for our film studio due to the timing of key releases, as well as the poor performance of ‘The Fantastic Four,'” he stated.

“We are pleased with the recent success of ‘The Martian,’ and as we look forward, we have an exciting film slate which includes this weekend’s ‘The Peanuts Movie,’ the holiday release of ‘Joy,’ as well as the summer releases of the newest ‘X-Men’ and ‘Independence Day.’

“Good progress is being made at the Fox Network both from our returning series, including the continued success of ‘Empire,’ as well as some of our new series,” Murdoch continued. “We are focused on creating compelling storytelling and enhancing the customer experience of our digital video brands as we respond to changing consumer preferences. “

On Tuesday, the company announced plans for a Dubai theme park and resort — its second 20th Century Fox World. The attraction, a partnership with Al Ahli Holding Group, will be based on the media conglomerate’s various film and television properties. Malaysia is building a 20th Century Fox World, set to open in 2017. The Dubai one is slated for the following year.

20th Century Fox World Dubai will feature areas, rides and other attractions inspired by the movies “Ice Age,” “Rio,” “Planet of the Apes,” “Aliens,” “Predator,” “Night at the Museum” and “Titanic,” as well as TV series like “The Simpsons” and “Sons of Anarchy.” The deal opens the door for three additional parks in the future.