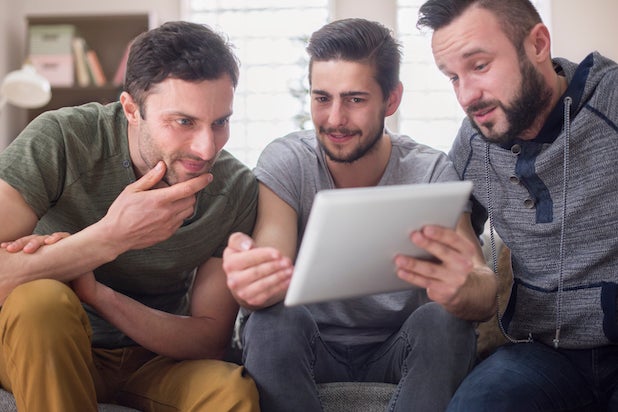 And finally, in part four of our four-part series for TheWrap, we review the advent of fantasy sports and gauge its impact on the world of sports and its appeal to the coveted younger/ millennial consumers.

While daily fantasy sports (DFS) usage among Millennials isn’t nearly as strong as season-long sports (28%), data suggests that DFS nevertheless can serve as a gateway to sports fandom in general. According to the survey, some 53% of Millennial respondents were either casual, marginal or nonfans prior to becoming DFS players; more than half (55%) said they were significantly more interested in real sports as a result of participating in DFS.

Like fantasy sports, eSports is largely the domain of the young, with more than half of Millennial respondents either strongly or marginally interested (compared with a mere 21% of non-Millennials). Although fantasy and real sports tend to go hand in hand, however, the opposite is true with eSports — which may help explain the strong disinterest among sports traditionalists (only 6% of pro football fans identify as avid eSports followers, for instance). Nonetheless, current eSports customers appear receptive to a range of affiliated content and merchandising, from documentaries and animated films to live-action and even reality TV programming. Engaging viewers with digital over-the-top programming, fantasy and eSports are three digital engagement strategies that sports media stakeholders can use to attract Millennials as well as future generations of fans. As other avenues emerge, leagues, broadcasters, marketers/retailers and other industry participants will find it increasingly important to tap into these emerging platforms in order to connect with consumers and remain relevant in the years ahead.

Also Read: Sports and the 'Millennial Problem': Is It Game Over? - Part 2 (Guest Blog)

-Daily fantasy sports is still in the process of rebuilding public and regulator trust and has yet to become a mainstream product.
-Season-long fantasy sports is led by a small group of companies (among them ESPN and Yahoo! Sports), and as such, the potential hasnít been fully realized by leagues/others.
-eSports needs both structure and an effective strategy in order to tie in with traditional sports (for instance, the Philadelphia 76ers’ owners have purchased eSports teams with the goal of bringing them under the Sixers’ support infrastructure; similarly, BAMTech, the streaming technology arm of Major League Baseball, recently signed a deal with Riot Games, a subsidiary of Chinese media giant Tencent, to stream League of Legends tournaments).

Despite their early popularity and broad acceptance, both fantasy sports and eSports still need to overcome some hurdles in order to become accepted by a broad majority of viewers and consumers nationwide. We will continue to monitor and gauge the growth of these fads and will report updates and findings in future editions of L.E.K. on TheWrap.

We would love to hear from you, our readers. Agree? Disagree? Have your say and post in the comments below!

This is Part 4 in a series by Alex Evans, Gil Moran and Dan Schechter from L.E.K. Consulting’s Media & Entertainment practice.

Gil Moran is a Managing Director and Partner in L.E.K. Consulting's Los Angeles office. He joined L.E.K. in 2008 as a Consultant and has broad experience in strategy, mergers & acquisitions and consumer research. He is focused in the Media, Entertainment & Technology sectors, advising clients on a range of critical strategic issues, including growth strategy, product configuration, pricing and monetization, and due diligence, among others. His experience extends into many sectors including sports and retail. Gil graduated with honors and an LLB Law Degree from the University of Warwick and earned an MBA from Harvard Business School.