Hawley and partner John Cameron run the company, which also has a deal with FX Productions. As part of the feature deal, 26 Keys announced it has hired Leigh Kittay as its head of film.

26 Keys’ first feature under the new Fox deal will be “Man Alive,” which Hawley and and Cameron will produce with BenderSpink. Kittay will serve as an executive producer.

“There’s a phrase you hear a lot in the movie business: ‘execution dependent.’ It refers to a property or an idea that is more nuanced than high concept, more layered in tone and character than the obvious commercial film. In order to get made, these films have to be great from script to score. This is our mission, to find and develop unique films with visionary writers and directors,” said Hawley. “To this end, we are thrilled to be working with Jim [Gianopulos], Stacey [Snider], Emma [Watts] and everyone else at Fox who’ve proven time and time again that the best recipe for success is to make a better film.” 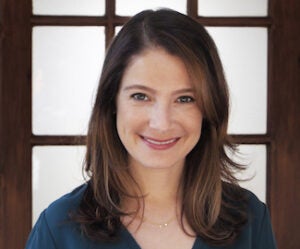 Kittay comes to 26 Keys from Parkes+MacDonald Productions, where she served as VP acquiring and developing film projects including Greg Mottola‘s upcoming Fox 2000 comedy “Keeping Up With the Joneses” starring  Jon Hamm and Zach Galifianakis; “Barbie” at Sony; “Undone” with Black Bear, and last year’s Davis Guggenheim-directed documentary “He Named Me Malala” at Fox Searchlight. She began at Parkes+MacDonald as a creative executive in 2011.

Prior to Parkes+MacDonald, Kittay spent five years at J.J. Abrams‘ Bad Robot, where she worked on hit movies such as “Mission: Impossible – Ghost Protocol,” “Star Trek,” “Super 8” and “Cloverfield,” as well as ABC’s “Lost” and Fox’s “Fringe.” She began her career in Hollywood at Paramount Pictures.