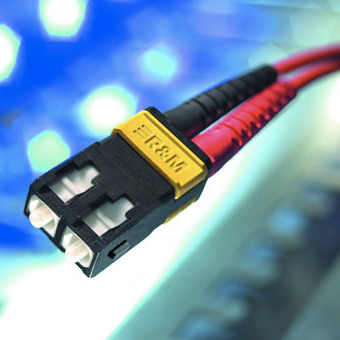 One-third of the country is not connected to high-speed Internet at home, according to a new study by the Federal Communications Commission (FCC).

On Tuesday, the FCC announced that affordability and lack of digital skills were the reason that 93 million Americans lacked broadband access.

“We need to tackle the challenge of connecting 93 million Americans to our broadband future,” FCC Chairman Julius Genachowski said in a statement. “In the 21st century, a digital divide is an opportunity divide. To bolster American competitiveness abroad and create the jobs of the future here at home, we need to make sure that all Americans have the skills and means to fully participate in the digital economy.”

The national consumer survey, entitled "Broadband Adoption and Use in America," will be used to bolster the FCC’s case for a strategy to extend broadband coverage to more Americans. On March 17, members of the FCC will deliver its plan to Congress.

To this end, the FCC conducted a national random digit-dial survey of over 5,000 adults in October and November 2009 to assess America’s attitudes toward broadband. The margin of error based on results based on the entire sample is plus or minus 1.6 percentage points.

· Affordability: 36 percent of non-adopters, or 28 million adults, said they do not have home broadband because the monthly fee is too expensive (15 percent), they cannot afford a computer, the installation fee is too high (10 percent), or they do not want to enter into a long-term service contract (9 percent). According to survey respondents, their average monthly broadband bill is $41.

· Digital Literacy: 22 percent of non-adopters, or 17 million adults, indicated that they do not have home broadband because they lack the digital skills (12 percent) or they are concerned about potential hazards of online life, such as exposure to inappropriate content or security of personal information (10 percent).

· Relevance: 19 percent of non-adopters, or 15 million adults, said they do not have broadband because they say that the Internet is a waste of time, there is no online content of interest to them or, for dial-up users, they are content with their current service.

The survey also found that have of the people who do not have high speed Internet usually have more than one barrier that keeps them from having broadband service at home. Over half of non-adopters, when selecting from a menu of possible barriers to adoption, chose three or more.