Two officials in Ferguson, Missouri, have resigned following a Department of Justice report that highlighted racist emails sent by police and court employees.

The unnamed city employees had previously been suspended, however Jeff Small, a spokesman for the city, confirmed their resignations to NBC News on Friday.

Released earlier this week, the Justice Department report detailed seven racist emails including one depicting President Barack Obama as a chimpanzee and another mocking blacks through speech stereotypes. A third involved a man trying to get welfare for his dogs because they are “mixed in color.”

The resignations come seven months after the fatal shooting of unarmed teenager Michael Brown on Aug. 9, 2014, which sparked violent unrest and intense debate about police brutality. The firestorm over racial inequality escalated when, on Nov. 24, a grand jury decided not to indict Darren Wilson, the police officer who killed 18-year-old Brown. A concurrent DOJ report issued this week found “Wilson’s actions do not constitute prosecutable violations.”

Along with the resignations, Mary Ann Twitty, a former municipal court clerk, was named on Friday as one of the employees who was fired over the highly offensive emails.

Earlier this week, Attorney General Eric Holder said that the police in Ferguson had created a “highly toxic environment” of racism and misconduct that turned the city into a “powder keg.” He described the DOJ report as “searing” in its exposure of bigoted emails, unjustified arrests and excessive force.

President Obama also called the racial discrimination from police in the Missouri town “oppressive and abusive” during a town hall at South Carolina’s Benedict College on Friday.

“It turns out they weren’t just making it up. This was happening,” he said, according to an Associated Press report. 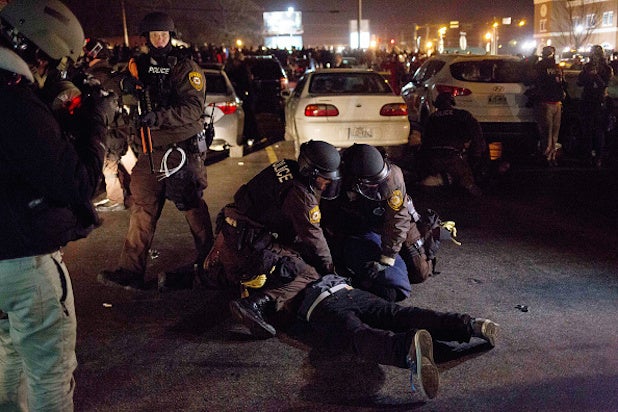