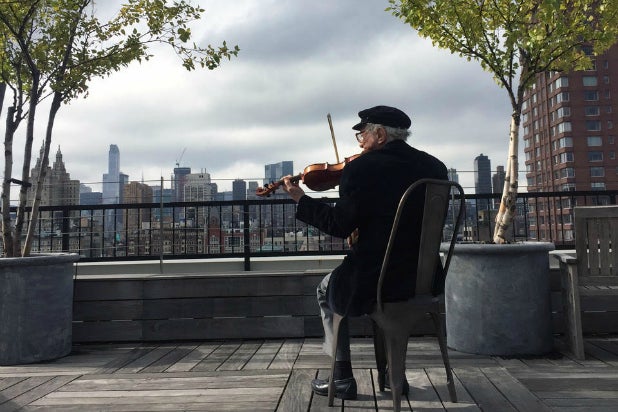 The worldwide rights to “Fiddler: A Miracle of Miracles,” Max Lewkowicz’s new documentary, has been co-acquired by Roadside Attractions and Samuel Goldwyn Films.

The documentary tells the story behind Broadway musical Fiddler on The Roof” and its creative roots in early 1960s New York. “Fiddler: A Miracle of Miracles” includes interviews with the Broadway show’s Tony and Pulitzer Prize-winning lyricist Sheldon Harnick, legendary producer Hal Prince, original cast members, such as Austin Pendleton, as well as rare archival footage of choreographer Jerome Robbins.

“Fiddler: A Miracle of Miracles” was directed by Max Lewkowicz — who was nominated for an Emmy for his 2016 documentary “Underfire: The Untold Story of Pfc. Tony Vaccaro” — and co-written with Valerie Thomas. The film was produced by Lewkowicz, Thomas, Ann Oster, Rita Lerner, and Patti Kenner.

“Fiddler is a show very near to our hearts,” said Roadside co-founders Howard Cohen and Eric d’Arbeloff, “This film is a must-see for anyone who loves this show and wants to better understand why it remains such a worldwide phenomenon, inspiring countless student and professional productions and generations of performers.”

Opening in 1964, “Fiddler on the Roof” held the record for the longest-running musical for almost 10 years. The play won nine Tony Awards, and has spawned five Broadway revivals. Based on the stories of Yiddish author and playwright Sholem Aleichem, it is among the most well-known musicals in the world.

The musical tells the story of Tevye the Milkman and his struggle to find grooms for his five daughters under the oppression of Czarist Russia and the early-20th-century pogroms threatening the Jewish community and the mythical village of Anatevka. Few, however, understand the context against which the show was created, during another time and place of tremendous social change: the creative and intellectual milieu of 1960s New York. It was a time when virtually every aspect of society was being questioned, including gender roles, sexuality, race relations, and the role of religion in public life.

“Fiddler is a show with themes that remain hugely relevant today,” says Peter Goldwyn of Samuel Goldwyn Films. “This documentary offers profound insight into the historical and cultural movements that inspired Fiddler as well as its enduring appeal around the world.”

The deal was negotiated by Peter Goldwyn of Samuel Goldwyn Films, Angel An from Roadside Attractions, and Adam J. Greene on behalf of the filmmakers.

Roadside and Goldwyn will release “Fiddler: A Miracle of Miracles” in theaters this summer.