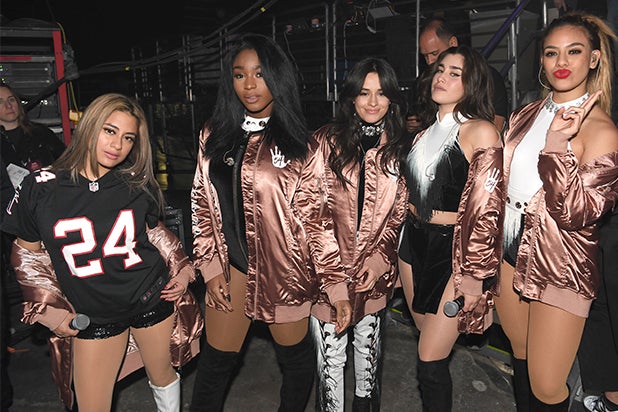 After Camila Cabello said she was “shocked” at Fifth Harmony’s statement regarding her exit from the music group, the band posted their side of the story on Twitter.

“We know you are hurt and confused, we are too. We know you want answers. And you deserve them, as you are just as much a part of this group as the four of us are,” the remaining quartet wrote on Twitter. “The last thing we want to do is engage in a battle of we said, she said, but we’ve let our story play out in press and on social media for too long. So to our Harmonizers, who we care so deeply about, we want you to hear everything from us, unedited, not manipulated, just us, to you.”

On Monday, Fifth Harmony announced Cabello was leaving the group after four-and-a-half years, and had her representatives break the news to the rest of the girls.

“After 4 and a half years of being together, we have been informed via her representatives that Camila has decided to leave Fifth Harmony. We wish her well,” the group posted via Instagram on Sunday.

That same day, Cabello said she was “shocked to the read the statement the Fifth Harmony account posted without my knowing. The girls were aware of my feelings through the long, much needed conversations about the future that we had during tour. Saying that they were just informed through my representatives that I was ‘leaving the group’ is simply not true.”

However, the group’s remaining members countered, saying that they “consistently made every effort to sit down and discuss the future of Fifth Harmony with Camila,” adding that they tried to convince her that the group needed at least one more album.

“We called for group meetings which she refused, we asked LA Reid and the label to step in and try to set meetings, which again, she refused. We even went as far as group counseling which she did not show up to,” the group explained. “So no, after months of rejection from her and her team, these supposed lengthy conversations in fact never happened, although we pleaded.”

“In mid November we were informed via her manager that Camila was leaving the group,” the post continued. “At that time we were informed that December 18th would be her final performance with Fifth Harmony.”

The post concluded,  “We were truly hurt … We truly support anyone’s decision to do what makes them happy and to that end we do wish Camila all the best although saddened by the way she and her team handled the situation.”

Read the entire statement below.