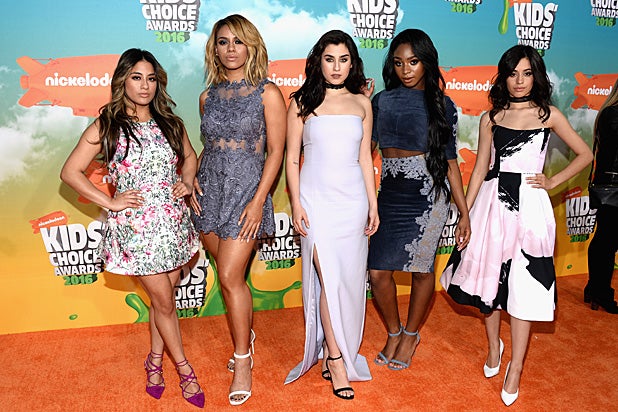 Girl group Fifth Harmony are ready to take on the big boys.

WWE announced Monday that the pop sensations will perform “America the Beautiful” to kick off WrestleMania on Sunday, April 3 in front of a sold-out crowd at AT&T Stadium in Arlington, Texas.

Legendary artists such as Ray Charles, Aretha Franklin and John Legend have previously had the honor to open the WWE’s biggest annual event.

“We are so excited to be a part of this year’s WrestleMania!” the group said. “It’s such an honor to be chosen to perform at one of WWE’s biggest events. We can’t wait to see everyone in Arlington!”

This year will also so the return of Dwayne “The Rock” Johnson, who announced in December that he would be there to “Set an ALL-TIME attendance record, ELECTRIFY Dallas like never before & make all time #WRESTLEMANIA history. And we have FUN.”

Also on the card at the stadium that is home to the Dallas Cowboys are WWE champ Triple H against Roman Reigns, Dean Ambrose against Brock Lesnar, and Shane McMahon taking on The Undertaker.

Fifth Harmony, which comprises of Ally Brooke, Dinah-Jane Hansen, Lauren Jauregui, Normani Kordei and Camila Cabello, was formed in 2012 on the second season of “The X Factor” and will release their highly-anticipated sophomore album “7/27” in May.