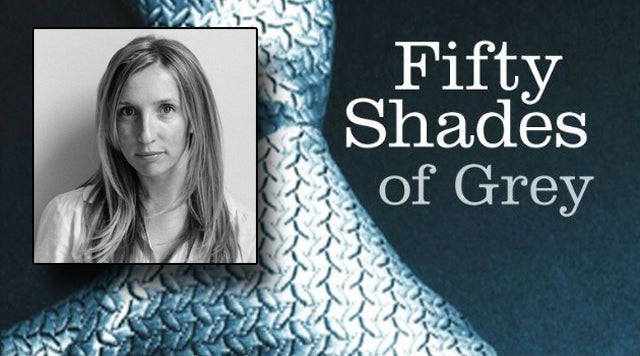 Sam Taylor-Johnson has signed on to direct "Fifty Shades of Grey" for Universal Pictures and Focus Features, TheWrap has learned.

See photos: 20 of the Buzziest '50 Shades of Grey' Casting Choices

Taylor-Johnson is the wife of "Kick-Ass" star Aaron Taylor-Johnson, who played a young John Lennon in her directorial debut "Nowhere Boy."

While Sam Taylor-Johnson's hiring immediately prompts speculation that her husband will be considered for the role of Christian Grey, TheWrap has heard that he is not expected to pursue the role.

Taylor-Johnson and writer Kelly Marcel are both British, and in keeping with that theme, Felicity Jones is the actress that TheWrap has heard rumored most often for the role of virginal protagonist Anastasia Steele.

However, due to the extreme sexual nature of the material, it's possible that the filmmakers could cast an unknown as Anastasia rather than an established actress who would have to consent to appearing nude.

An individual familiar with the project has told TheWrap that director Darren Aronofsky was offered "Fifty Shades of Grey" a month ago and passed on the project, as he's still putting the finishing touches on his Biblical movie "Noah."

Gus Van Sant chased the coveted gig, going so far as to shoot a test reel featuring Alex Pettyfer as Christian, but Universal and Focus wanted to go with a younger, edgier and more importantly, female director.

“Sam’s unique ability to gracefully showcase complex relationships dealing with love, emotion and sexual chemistry make her the ideal director to bring Christian and Anastasia’s relationship to life,” said De Luca. “E L James’ characters and vivid storytelling require a director who is willing to take risks and push the envelope where needed and Sam is a natural fit.”

“I am excited to be charged with the evolution of 'Fifty Shades of Grey' from page to screen,” said Taylor-Johnson. “For the legions of fans, I want to say that I will honor the power of Erika’s book and the characters of Christian and Anastasia.  They are under my skin too.”

Deadline broke the news, though it was two minutes after James tweeted the announcement.