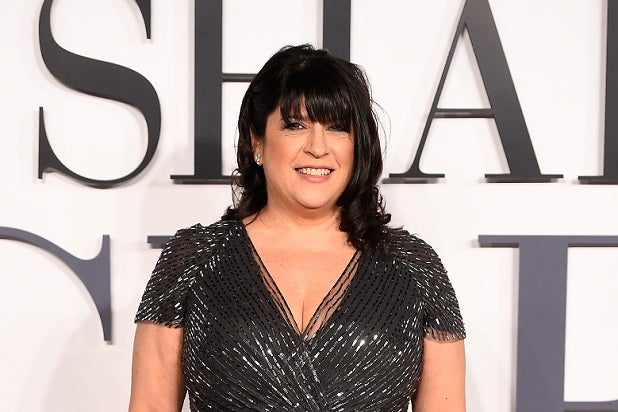 E L James, the author of the scandalous “Fifty Shades of Grey” and the subsequent series of books, announced on the “Today” show Thursday that her next novel will be titled “The Mister.”

A contemporary romance set in London, Cornwall and Eastern Europe, the steamy novel introduces readers to privileged and aristocratic young Englishman Maxim Trevelyan and the mysterious, talented and beautiful Alessia Demachi, who’s recently arrived in London owning little more than a dangerous and troublesome past. The book is now available for pre-ordering from Amazon, and “The Mister” will be available in bookstores on April 16.

Arrow Books, the same imprint that launched the “Fifty Shades of Grey” trilogy in 2012, will publish James’ new novel in paperback and ebook formats, with simultaneous publication from Penguin Random House Audio.

“I’m so excited to finally get this passionate new romance out into the world,” James said in a statement. “It’s a Cinderella story for the twenty-first century. Maxim and Alessia have led me on a fascinating journey and I hope that my readers will be swept away by their thrilling and sensual tale, just as I was while writing, and that, like me, they fall in love with them.”

“Today” also shared an excerpt of the book, a sexualized scene with writing not unlike what we’ve come to expect from James.

The “Fifty Shades” series was adapted into a trilogy of films starring Dakota Johnson and Jamie Dornan in 2015. All three films collectively have grossed $1.3 billion worldwide at the box office.

Read a full synopsis of “The Mister” via Penguin Random House.