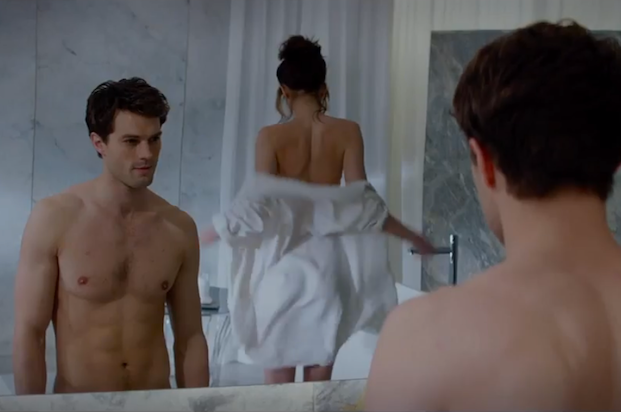 The steamy movie version of “Fifty Shades of Grey” crossed the $400 million mark at the international box office Friday.

“Fifty Shades,” which stars Dakota Johnson and Jamie Dornan, has now opened in every foreign market in which a release is planned.

A $55 million international gross on the film’s first Saturday made it the highest-grossing Valentine’s Day release ever, and it is Universal’s top-grossing R-rated release ever as well.

Director Sam Taylor-Johnson also made box office history with the film, which had the largest opening weekend for a female director, an $85.2 million three-day haul.

Taylor-Johnson will not return for a second film, nor will Kelly Marcel, who adapted the original. Universal is searching for a new writer and director and there is no release date set for “Fifty Shades Darker.”

Both Dornan and Johnson are contractually obligated to reprise their roles for the sequels, including a third potential film based on the James’ novel, “Fifty Shades Freed.”