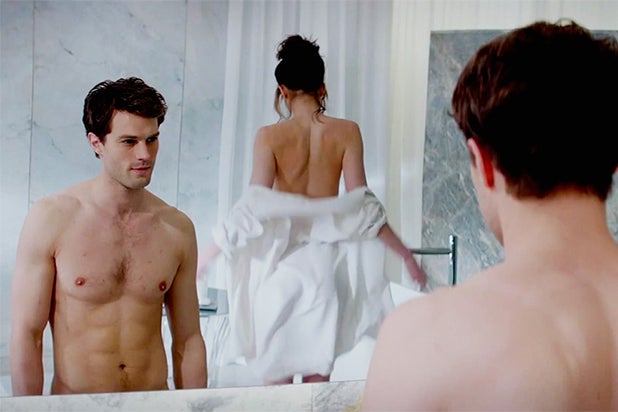 Will there be a “Fifty Shades of Grey” sequel? Universal Pictures wasn’t confirming on Monday that it would green light a followup to its newly minted blockbuster, but there are 245 million very good reasons that it will.

See photos: 15 Times the ‘Fifty Shades of Grey’ Trailer Made You Shift in Your Seat (Photos)

It shouldn’t be a tough call. The two stars are under contract and it’s hard to imagine director Sam Taylor-Johnson wouldn’t be in, so it’s pretty much a given. There are no problems with plot continuity and in fact, some critics found the film’s ending abrupt and suggested it was to set up a subsequent film.

Universal on Monday also revised its domestic estimate for the record-breaking Presidents Day weekend haul of “Fifty Shades” to $94.4 million. The numbers also went up overseas, where its $172 million opening weekend haul was the best ever for an R-rated movie. It was No. 1 in 55 of the 57 foreign markets in which it debuted, and 60 percent of the people who went to the movies this weekend saw “Fifty Shades,” according to the studio.

“If you look at these numbers,” said Paul Dergarabedian, senior analyst at Rentrak, “you have to figure a smart move would be to make this a Valentine’s weekend tradition, like candy and flowers.”

Sequels with far less impressive credentials than those have received green lights, but it’s hard to find films that compare with “Fifty Shades of Grey.” The book trilogy on which “Fifty Shades” is based has sold more than 100 million copies in and been translated into 52 languages, giving it a built-in fan base. The only obvious negatives are the weak “C+” CinemaScore audiences gave it and the critics, who have it at just 26 percent positive on Rotten Tomatoes.

The Valentine’s Day and Presidents Day weekend made a great launch date for “Fifty Shades,” and it’s conceivable the studio would try to plant a flag on the weekend. Disney has done that with its Marvel superhero movies in the first week of May and animated fare around Thanksgiving.

Universal currently has an untitled animated project set for the holiday next year. It has nothing set for 2017, where Fox has already penciled in the drama “The Mountain Between Us” and Warner Bros. has an animated film.