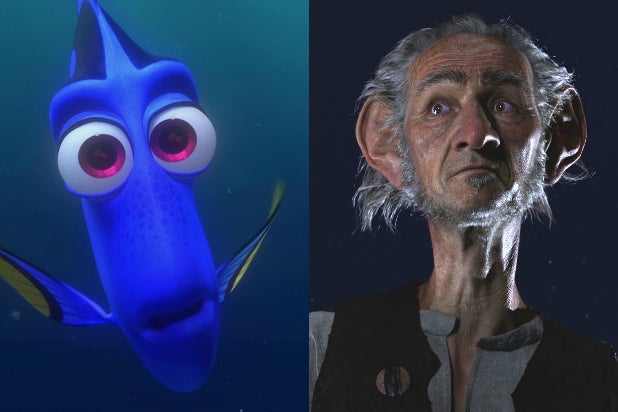 The film beat all newcomers in its third weekend during an overall poorly performing Fourth of July four-day holiday.

Warner Bros.-Village Roadshow’s “The Legend of Tarzan” came in second place on Saturday with $12.7 million from 3,561 screens.

And Disney’s “The BFG” brought in only $6.2 million from 3,357 screens — an abysmal showing for a film that was produced for $140 million, not counting marketing costs.

On Friday, “The Purge” sequel won the top spot with $14.5 million, just inches ahead of the competition. The R-rated Blumhouse horror sequel, distributed by Universal, is outpacing four-day weekend predictions of $25 million, counting the $3.6 million it scooped up during Thursday night preview screenings.

Given its modest $10 million production budget, “The Purge” is a bright spot in an otherwise dim weekend at the box office. The studio credits the timing of the election-themed movie — during an election year and on a holiday weekend that speaks to American patriotism and politics — as major elements to its success so far.  “It’s a great blend of circumstances and not coincidental,” Universal’s president of domestic distribution Nick Carpou told TheWrap on Sunday.

The horror sequel stars  Elizabeth Mitchell (“Lost”) as a presidential candidate who is running on the platform of a Purge-less society, attempting to eliminate the one day when killing is deemed legal. Frank Grillo (Crossbones in the “Captain America” series) returns as police sergeant Barnes.

It is expected to continue its series tradition of high revenue margins. Building off the success of the first two “Purge” films, the franchise has so far earned $200 million worldwide. The movie currently holds a score of 54 percent on Rotten Tomatoes and a B+ Cinemascore.

Also Read: 'The BFG' Is 'One of the Standout Movies of the Season' and 8 Other Enchanting Reviews

Meanwhile Disney-Pixar’s “Finding Dory” made $13.4 million on Friday. Counting Saturday’s take, too, the film should just meet weekend estimates of $50 million and hold onto the top spot for its third straight weekend. The long awaited sequel to “Finding Nemo” took in $73 million last weekend after hooking $135 million in its first frame, a record for an animated movie.

Though, “Dory” is far out-swimming Disney’s new offering, Steven Spielberg‘s Roald Dahl adaptation, “The BFG,” which brought in only $7 million on Friday and $775,000 on Thursday. Judging by its numbers so far, the film will be lucky if it meets the low end of initial $26 million estimates.

Given that the production budget for “The BFG” was estimated at $140 million, its opening is sizing up to be an epic bomb — particularly given the pedigree of the talent involved. The film, starring Oscar winner Mark Rylance as the “big friendly giant,” has been well received by critics with a score of 71 percent on Rotten Tomatoes. It also has an A- Cinemascore — which measures fan anticipation levels among those surveyed.

“The Legend of Tarzan” made $14 million on Friday and only $2.6 million during Thursday night previews. The movie, starring Alexander Skarsgard and Margot Robbie, is not going to finish out the weekend strong enough to justify its hefty $180 million production budget.

Hollywood’s latest in a long line of adaptations of author Edgar Rice Burroughs’ literary jungle character appears on track to easily pass $30 million once Monday’s Independence Day holiday comes — which is, at least, ahead of most initial estimates.

Telling the tale of the titular character’s return to the jungle, the movie is directed by David Yates and also stars Christoph Waltz and Samuel L. Jackson. It has received unimpressive reviews, with a current Rotten Tomatoes score of 35 percent. Though the film has a strong A- Cinemascore.