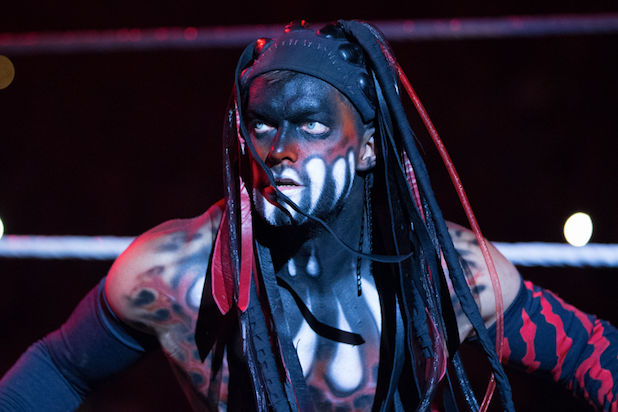 After months of anticipation, rising pro wrestling star Finn Balor will make his TV debut on “WWE Raw” after being selected during Tuesday’s WWE Draft, which divided the company’s roster between its two shows, “Raw” and “SmackDown.” The Draft marks WWE’s return to the brand extension format that it used from 2002 to 2011.

Balor was one of six wrestlers called up from WWE’s developmental brand, NXT, where he became the show’s champion by defeating Kevin Owens at a special show in Tokyo, Japan.

Balor made a name for himself with his “Demon” alter-ego, which won over fans with its elaborate ring entrances and body paint.

Before joining WWE, Balor performed under the ring name of Prince Devitt in New Japan Pro Wrestling. There, he established himself as one of NJPW’s most popular junior heavyweights before becoming one of its most hated villains as the leader of the infamous Bullet Club. The Bullet Club has since become one of the most popular factions in pro wrestling, with three of its former members — AJ Styles, Luke Gallows and Karl Anderson — currently involved in a feud with John Cena.

Irish-born Balor’s arrival to the big league comes in the midst of a major overhaul for WWE’s programming format.

Other NXT stars Superstars called up in the Draft were: Mojo Rawley, Chad Gable, Jason Jordan, Eva Marie, Alexa Bliss and Carmella going to “SmackDown,” and Nia Jax to heading to “Raw.”

They'll be on #Raw and #SmackdownLive now…

In 2002, WWE began using “SmackDown” as an independent show to showcase the additional wrestlers they had signed following the folding of its main competitor, WCW. This continued until 2011, when WWE merged the rosters for “Raw” and “SmackDown” together, with its talent now appearing on both shows. Now WWE is returning to the brand split format, with each show featuring its own exclusive roster and championships.