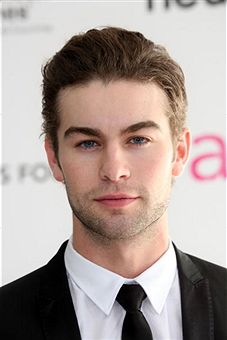 Last year,  Zac Efron bowed out, in an attempt to broaden his career to something beyond another "High School Musical"-alike. Now  scheduling conflicts have forced "Gossip Girl" star Chace Crawford to bow out.

But there is some good news for the studio: Craig Brewer has signed on to direct the film from the script he rewrote, according to Entertainment Weekly and Variety, respectively.

With Brewer on board, the studio is aiming for a summer start date, but since Crawford’s CW series is set to resume production in July, the two sides were unable to make it work.

It strikes me as a serendipitous circumstance for Crawford. Like Efron, he’lll have to branch out if he wants to be known for more than just his pretty-boy looks — which is probably why he chose to star in Joel Schumacher’s gritty Sundance drama "Twelve," which is set to open July 2.

As for Brewer, he’ll begin casting immediately, starting with his new lead, which EW reports will likely be an unknown. "Dancing With the Stars" vet Julianne Hough is still attached to play the love interest.

And the project has benefitted, as well — the "Hustle & Flow" director brings some ’70s soul to his work and in addition to being well-versed in music-themed projects, he’ll add an edgy sensibility to the family-friendly material. 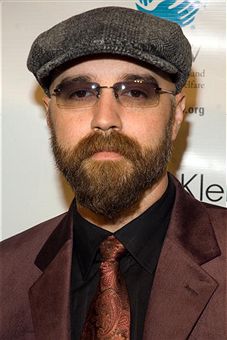 Apparently, Brewer and Paramount honcho Adam Goodman intend to stick close to the drama of the 1984 original rather than focus on elaborate musical numbers, which almost surely would’ve been featured more prominently under the direction of Kenny Ortega ("High School Musical").

Ortega left the project five months before production was set to start over creative differences and budget concerns, according to Variety. (On the ohter hand, EW reports that Ortega left because he was "exhausted" from directing the Michael Jackson movie "This Is It." Exhausted? Uh, didn’t that movie practically direct itself?)

Oscar-nominated screenwriter Susannah Grant ("Erin Brockovich") had rewritten the script that Ortega was prepared to shoot before he left, prompting the studio to hire Brewer to pen another rewrite.

"Footloose" starred Kevin Bacon as a Chicago teen who moves to a conservative town where dancing and rock music are not allowed. Craig Zadan and Neil Meron ("Hairspray") will produce the remake alongside Eben Davidson, Brad Weston and Dylan Sellers.

After "Footloose," Brewer’s next project will be the action-comedy "Mother Trucker" for New Regency. His last film was 2006’s controversial "Black Snake Moan" which featured Christina Ricci as a sex addict who’s chained to a radiator for most of the movie by Samuel L. Jackson, as well as a killer blues soundtrack.