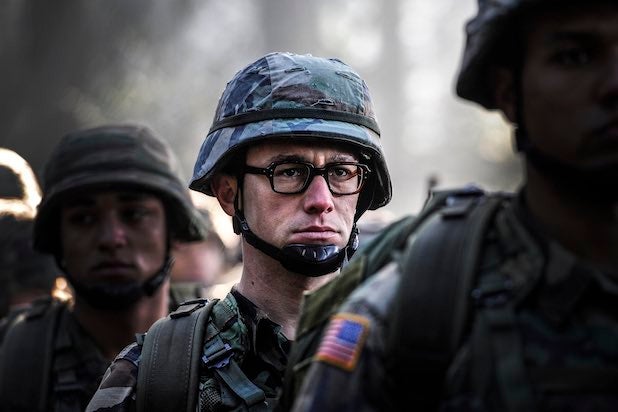 Joseph Gordon-Levitt is ready for battle as Edward Snowden in the first glimpse of Oliver Stone‘s upcoming biopic about the National Security Agency whistleblower.

The still released Tuesday teases the Open Road Films release, “Snowden,” hitting theaters on Dec. 25. Currently, the production is filming in Munich before moving to locations around the world.

Snowden, who has been granted political asylum in Russia, was an NSA contractor who leaked classified documents. The act prompted the media to both champion him as a whistleblower and label him a traitor. Before he made a name for himself, however, he was just another soldier serving his country.

The photo (above) isn’t the only one to emerge from the production. Gordon-Levitt posted his own preview on Twitter on Tuesday.