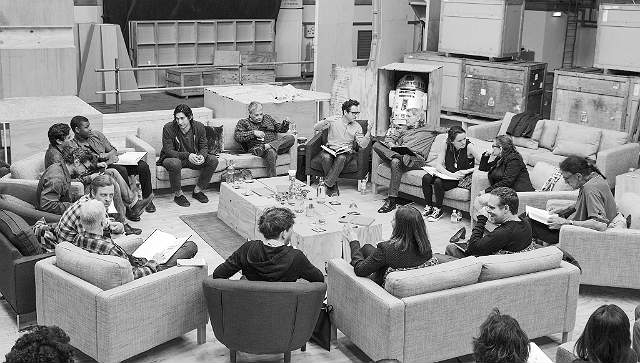 The cast of “Star Wars: Episode VII” has finally been revealed in a picture of the cast’s first table read in London.

Director J.J. Abrams is also seen in the picture, as are priducers Bryan Burk and Kathleen Kennedy, who are sitting with their backs turned to the camera.

Also seen in the picture is R2-D2, still neatly packaged in his box.