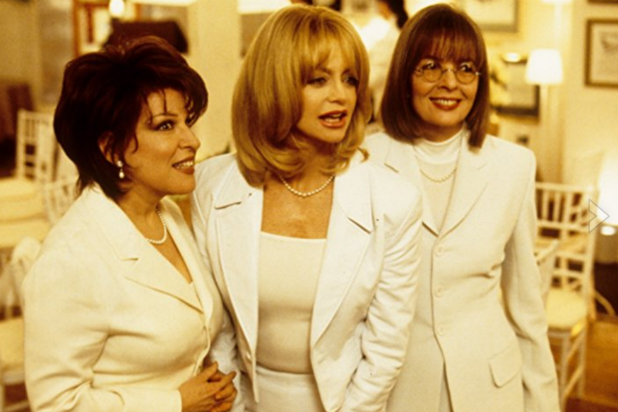 Tracy Oliver’s adaptation of “First Wives Club,” which was ordered to series at Paramount Network earlier this year, will instead air on BET, the network said on Tuesday.

“We are thrilled that Tracy Oliver and Paramount Television’s ‘First Wives Club’ will be coming to BET Networks,” BET Networks president Scott Mills said in a statement. “We have been big fans of Tracy, the project and its incredible cast all along.”

Developed at Paramount Network and ordered to series in April, the 10-episode comedy follows a group of women who band together after their marriages fall apart, and who find strength in their sisterhood — and, of course, a little revenge.

It was slated to air in 2019. BET had no other information regarding timeline or any other potential effects the move would have on the series.

“The concept she has for the series fits perfectly with our programming strategy of character-driven content anchored in the Black experience, and it aligns seamlessly with our core audience,” Mills continued. “We are currently working closely with Paramount Television on ‘Boomerang’ and are excited to continue working with them on this project.”

A previous attempt to adapt “First Wives Club” for the small screen, with Alyson Hannigan and Megan Hilty attached to star, was launched at Paramount’s sister network TV Land in 201, but did not make it past the pilot stage.