With some recent flops behind them, these actors are probably a little worried about their perch atop the salary heap.

Everyone’s going to work for millions, so nobody’s sad for them. But with the movie studios restructuring their economic models in the face of a global recession, nobody’s a slam dunk anymore…especially for their usual asking price.

Will Ferrell
“Old School,” “Elf,” and “Anchorman: The Legend of Ron Burgundy” catapulted Ferrell to stardom and made him a comedy must-have. Movies such as “Starsky & Hutch” and ”Wedding Crashers” were cameos, hoping for a boost just from his appearance on screen. 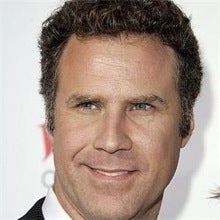 After a few forays into more serious material, Ferrell further entrenched himself at the top of the comedy world with “Talladega Nights: The Ballad of Ricky Bobby” and “Blades of Glory,” both of which earned upwards of $100 million domestically.

However, as reviewers have begun to sour on his routine, audiences are also giving him reason to worry. 2008’s “Step Brothers” topped the $100 million mark, but it was book-ended by the dud “Semi Pro” and this summer’s “Land of the Lost.” “Semi Pro” earned just $33 million domestically and even Universal acknowledges that “Land of the Lost” is a bust.

With audiences shifting to newer, raunchier movies like “The Hangover” or “Pineapple Express,” Ferrell has lost some of his comedic appeal. His inability to establish himself as commercially viable beyond comedy only makes matters worse, and may make studios reluctant to fork over the sums that they used to pay off of his one-line pitches.

Eddie Murphy
Murphy made enough hit movies by the end of the 1980s to retire, and his shift to family comedies in the late 1990s earned him box office success with franchises like “The Nutty Professor” and “Dr. Doolittle.” 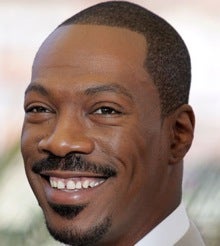 Murphy entered the first real slump of his career with three back-to-back flops — “Showtime,” “The Adventures of Pluto Nash” and “I Spy” — all of which grossed less than $40 million. After rebounding with films like “Daddy Day Care” and “Norbit,” Murphy bottomed out with last summer’s “Meet Dave,” his worst box-office showing since “Pluto Nash.”

His next film,  “Imagine That,” opened this weekend and tanked at $5.6 million. Though Murphy’s movies have been routinely panned by critics for the past several years, their earnings have kept him working and well-paid. If “Imagine That” replicates “Meet Dave,” Murphy could find himself mired in another slump.

Russell Crowe
Scott’s 2000 smash “Gladiator” not only gave Crowe his highest grossing film but an  Academy Award. A year later, “A Beautiful Mind” nearly topped “Gladiator,” as Crowe went on to record a string of box office successes. 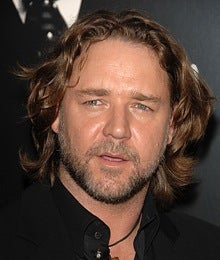 However, the Aussie is no longer a guaranteed crowd-pleaser.

In 2006, “A Good Year” was a disappointment, netting just $7.5 million, and Crowe’s last two films have both failed to meet expectations.

“Body of Lies,” which reunited Crowe with Scott and also starred Leonardo DiCaprio, grossed just $39 million domestically while this year’s “State of Play” has also failed to top $40 million.

With both critics and crowds losing interest in his movies simultaneously, Crowe may not be able to lean on his past glory to net premium salaries or roles. That said, Crowe got a full payday to be the Medieval vigilante and star of "Robin Hood," currently shooting in England.

Mike Myers
Unlike the other members of this list, Myers has a near-perfect track record. His first feature film, “Wayne’s World,” was an instant success and ended up grossing more than $120 million in the United States. His next movie franchise, the “Austin Powers” trilogy, performed even better, with both the second and third installments earning upwards of $200 million. 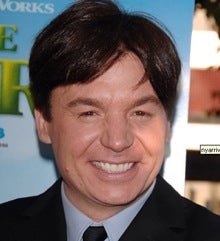 Myers then lent his voice to another franchise, “Shrek,” which has out earned everything else in his career put together. However, his most recent release, 2008’s “The Love Guru,” was a poorly-timed disaster. One of the few movies on the list to lose money even when overseas grosses are considered, “The Love Guru” cost $62 million to make and took in just $40 million worldwide.

Myers made a career off of movies that could please audiences of almost any age. Yet, as the past couple weekends have revealed, the most successful recent comedies, while universally appealing, have targeted more specific demographics. One group, characterized by movies like “Up,” aim for younger children, while others seek a more mature following, like “The Hangover.”

With Myers’ comedic niche becoming less popular, another flop may doom him.

Leonardo DiCaprio
It may be hard to imagine that A-list star DiCaprio could face pay cuts. But a lot will be riding on his upcoming movie “Shutter Island.” In reuniting with Scorsese for a fourth time, DiCaprio can only hope the movie repeats the success of their past collaborations. 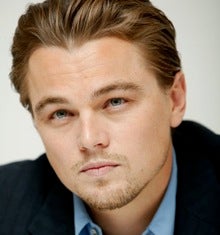 He was once the star of the highest-grossing film of all-time, 1997’s “Titanic,” which took in $600 million domestically. However, he then made consecutive flops in “Celebrity” and “The Beach,” which combined to net less than $45 million.
In 2002, DiCaprio teamed up with Steven Spielberg for “Catch Me if You Can,” his second best box-office showing after “Titanic.” This time, DiCaprio capitalized on his success by working with Scorsese on “The Departed” and “The Aviator,” both of which grossed more than $100 million.

Still, DiCaprio could not avoid commercial struggles. His last three movies, “Blood Diamond,” “Body of Lies,” and “Revolutionary Road” all underperformed, with the latter making just $22 million in the United States.

DiCaprio still has many big-earners to his name, but having three consecutive misfires in any market is dangerous. With the studios paying even more attention than usual, “Shutter Island” must have more in common with “The Departed” than its early October release date.