HGTV’s “Fixer Upper” may be over, but TheWrap exclusively has a whole new way to view the popular Chip and Joanna Gaines home renovation series.

Our friends at Homes.com watched all 67 episodes of the entire series for us, coming up with some very cool stats. Chief among them, star designer Joanna used shiplap in 39 percent of the episodes, they found. Plus, she hired Clint Harp to build a table for 37 percent of the families featured on the five-season cable show.

In exactly half of the televised episodes, a “problem” comes up that requires a phone call to the homeowner, the study found. That issue averaged out to a $4,600 hit to the budget. Ouch.

The extended Gaines clan — their adorable kids — visit mom and dad in about 64 percent of episodes. Forty percent of the time the tots come bearing food.

Though we have more to report via infographics, we’ll leave you with these tidbits in written form: 1) The average square foot of a “Fixer Upper” purchased home is 2,627 square feet, and 2) The purchased home is a ranch style 48 percent of the time.

So, everything may be bigger in Texas, but often just the one level.

Check out some more fun statistics via the graphics below, which are also exclusive to TheWrap. 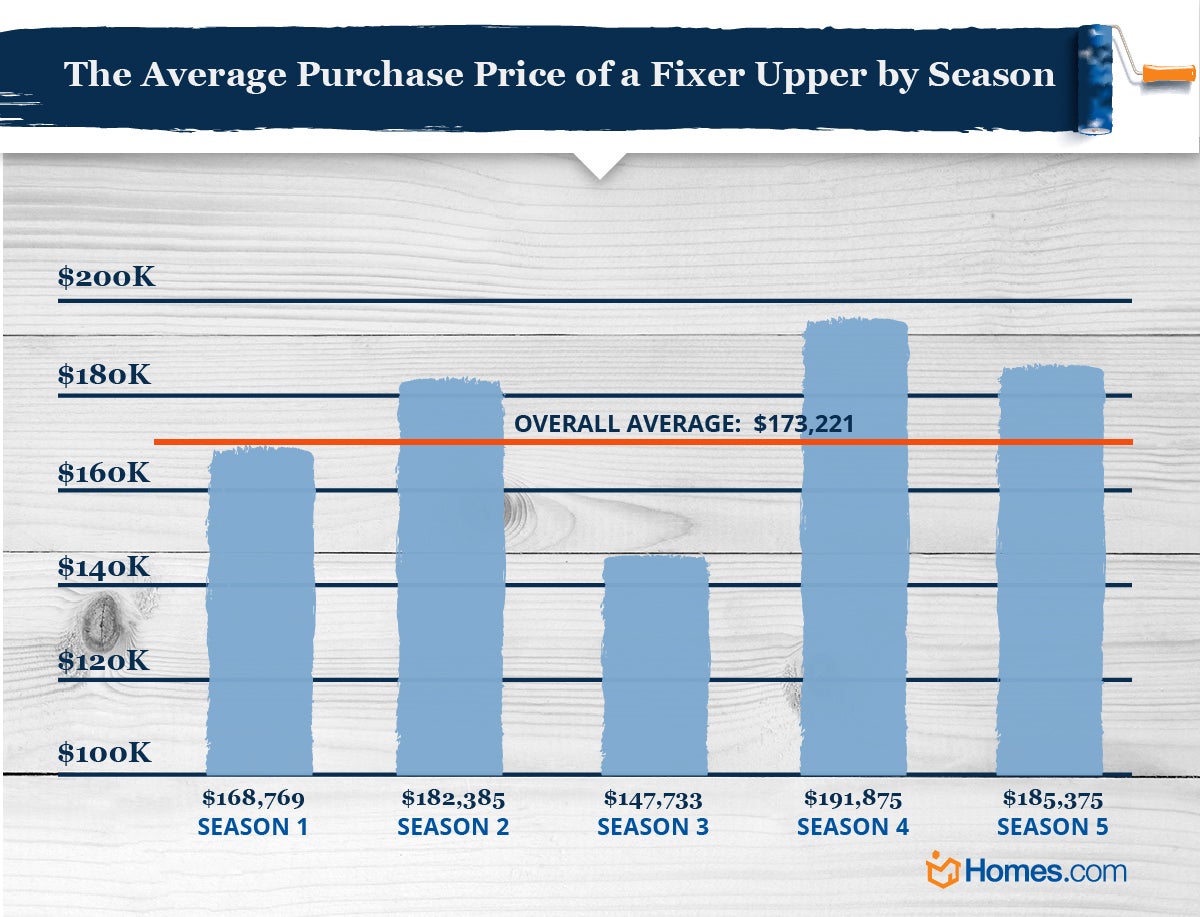 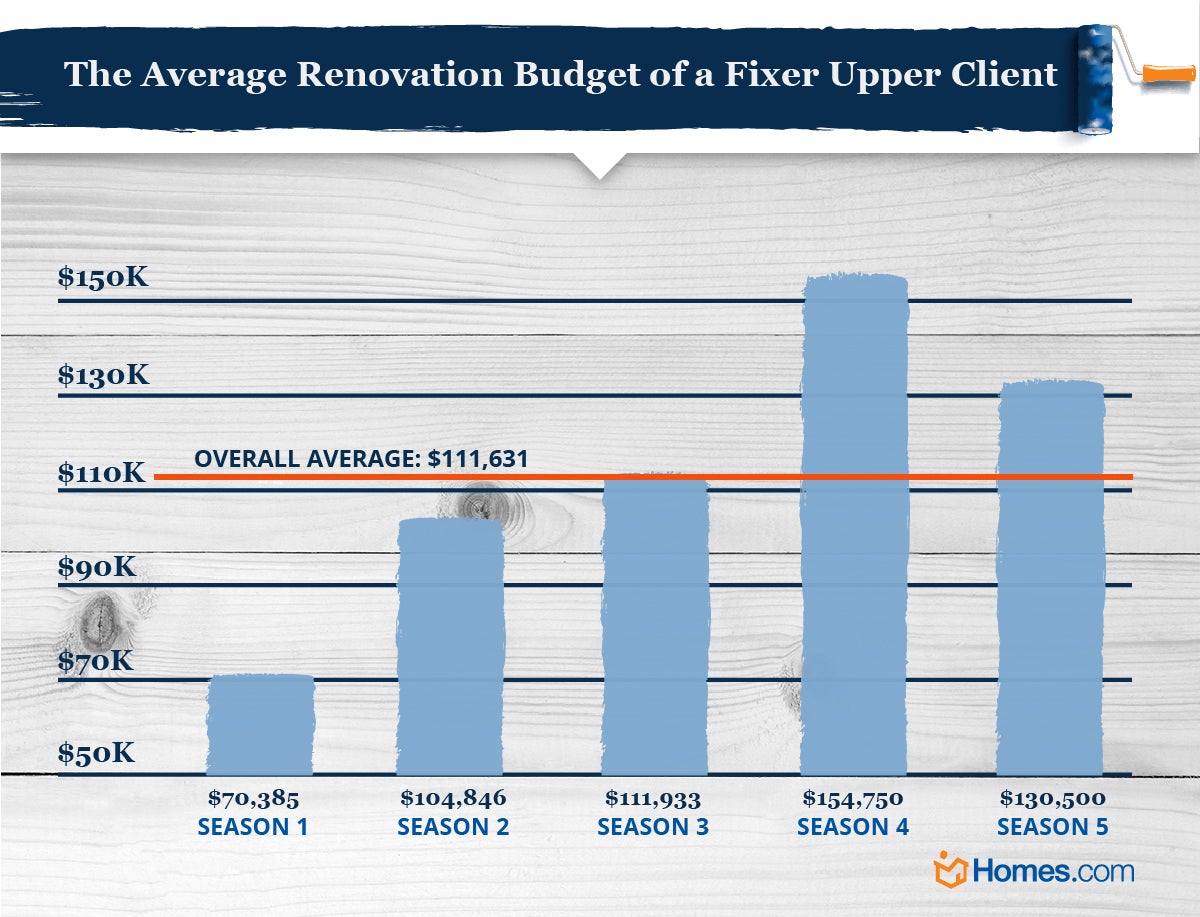 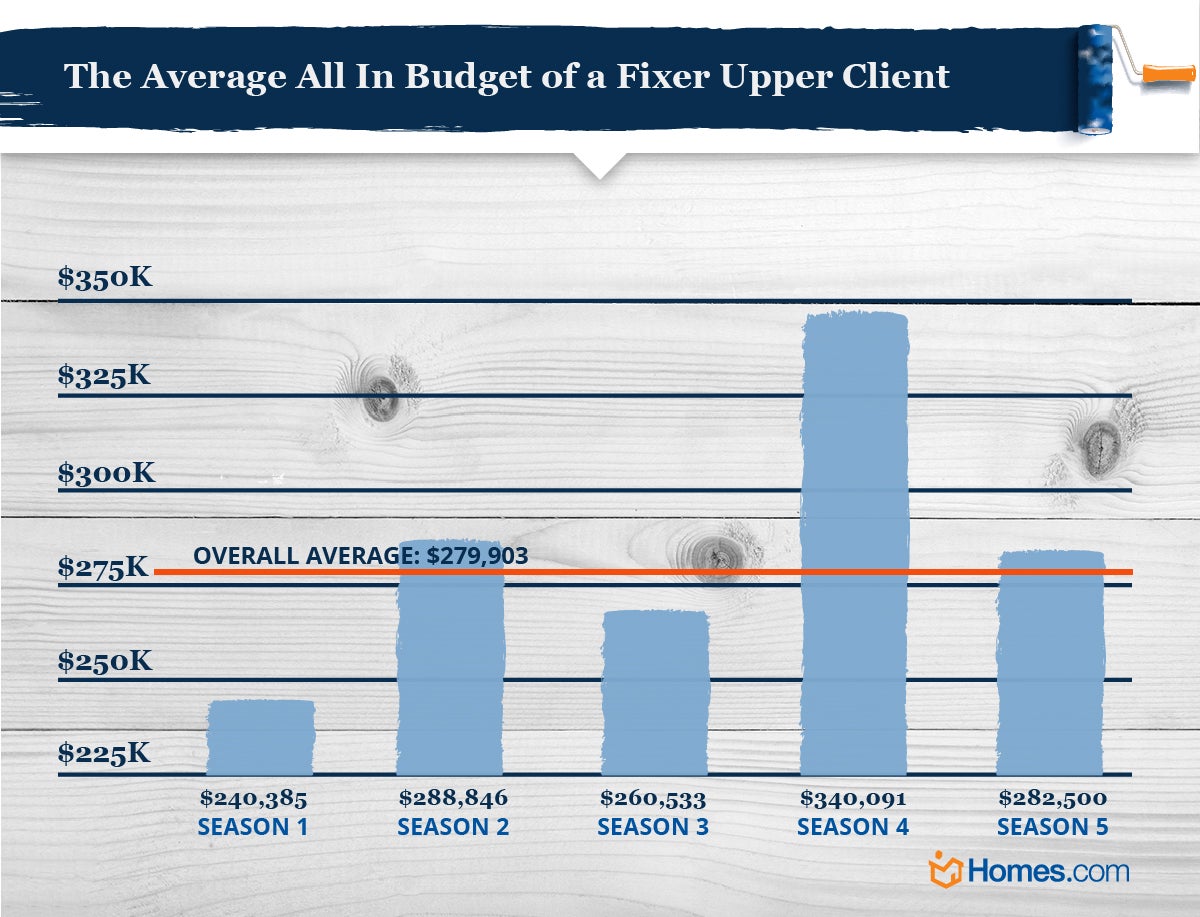 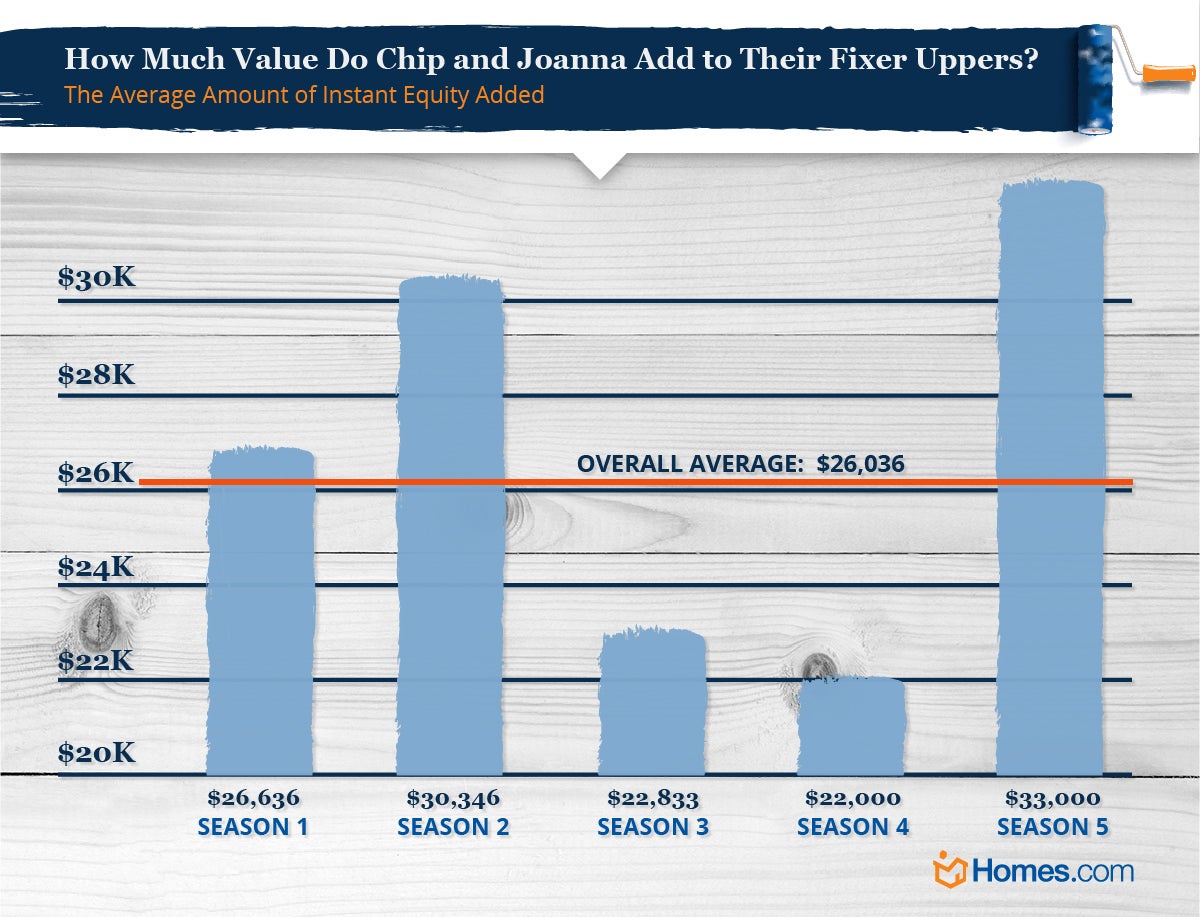 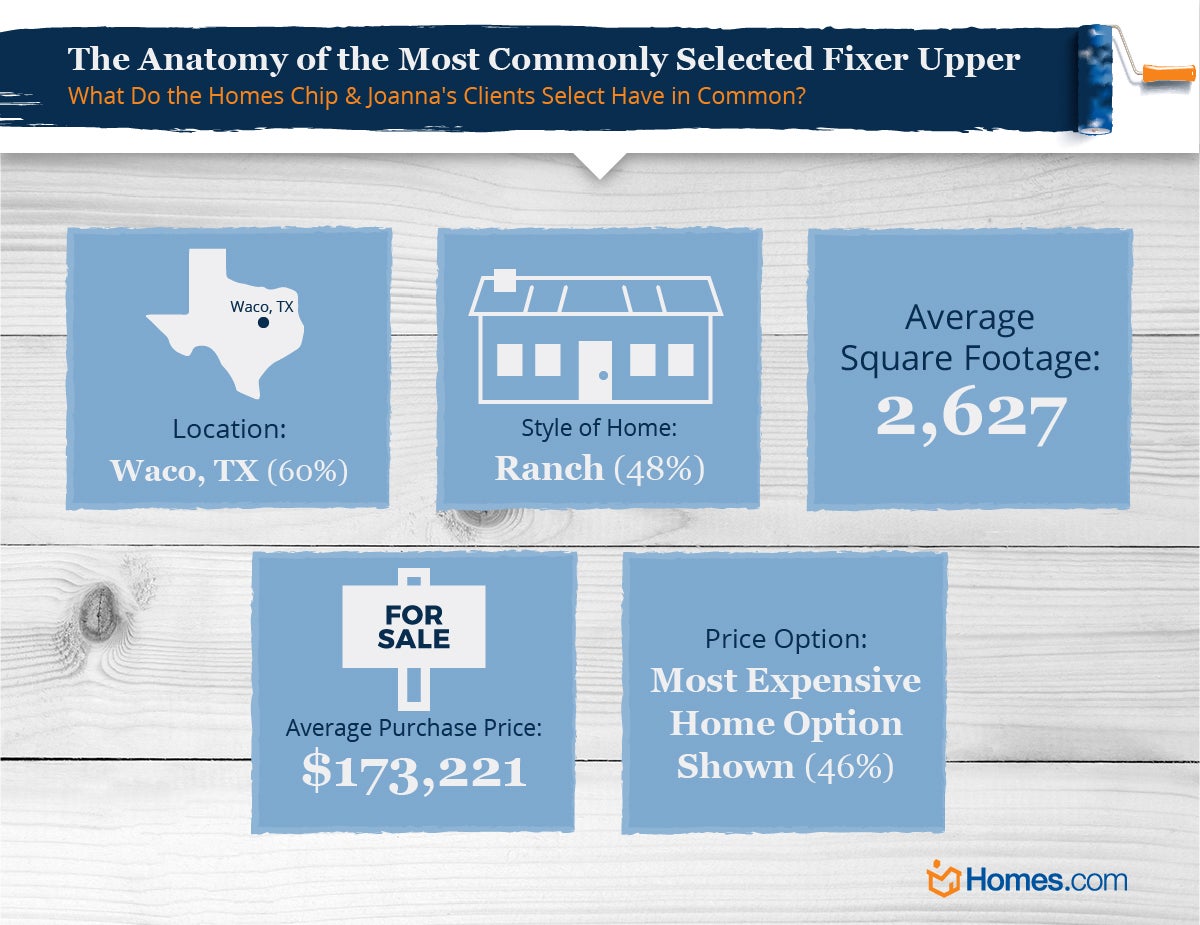 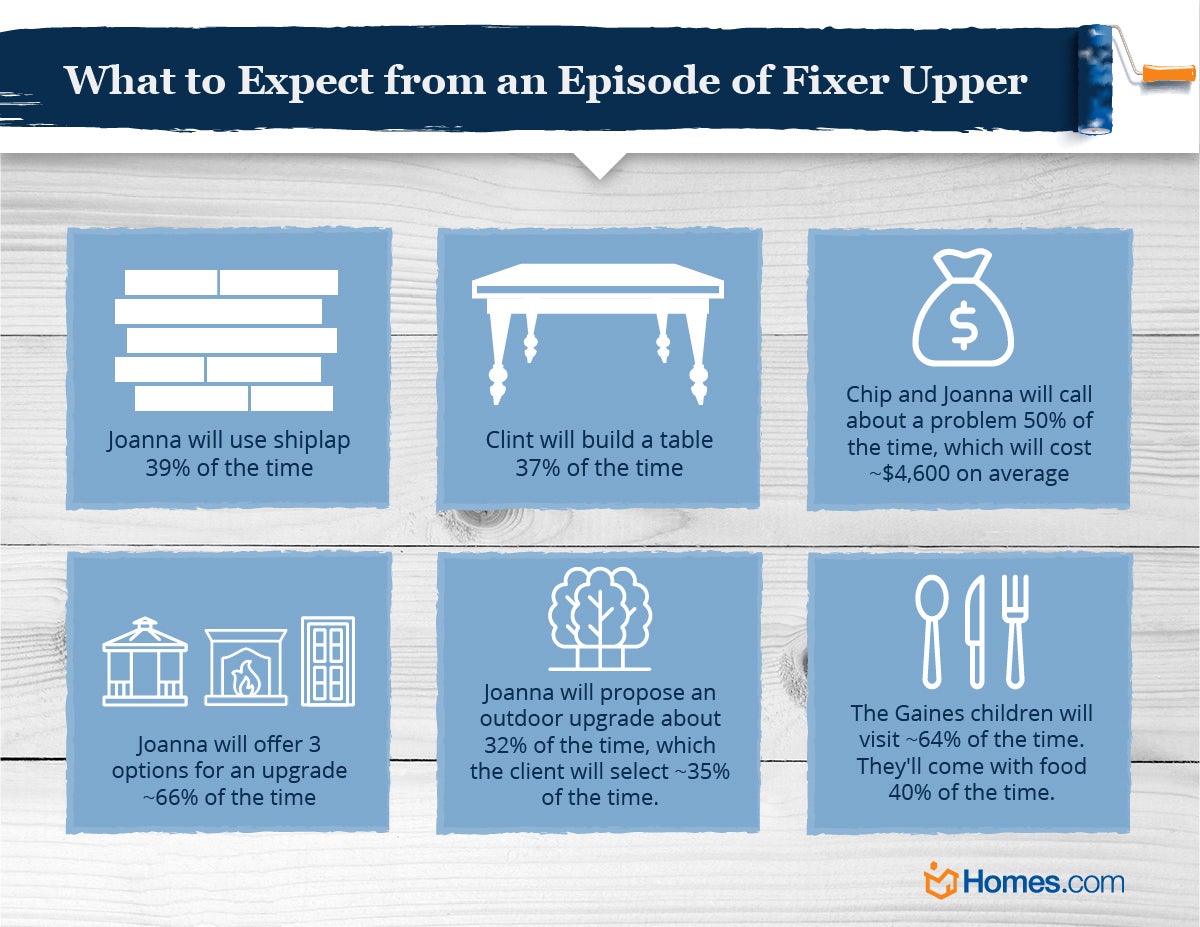