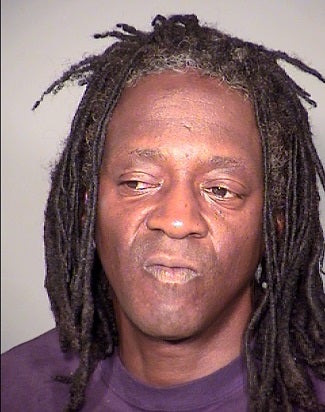 Flavor Flav found out that 911 is no joke early Thursday morning. Or, at least, the Nevada Highway Patrol isn’t.

The former Public Enemy hype man and “Flavor of Love” star was arrested just after midnight on Thursday and booked on an array of charges, including driving under the influence, and misdemeanor possession of marijuana, a spokesman for the Patrol told TheWrap.

According to the spokesman, Flav — real name: William Drayton — was pulled over after law enforcement saw his vehicle traveling at a high rate of speed on Interstate 15 near the Las Vegas Strip corridor. After a subsequent investigation, Drayton was arrested and booked on the above charges, plus driving with a suspended registration and suspended license.

Drayton was cooperative during the arrest, the spokesman said.

The rap icon was booked into Clark County Detention Center. It is unclear whether he’s still in custody.

Drayton, 56, has been in a similar pickle before. Last year, he was ticketed in New York for speeding and driving without a license while traveling to his mother’s funeral. In that incident, police said that Drayton also had a small amount of marijuana in his possession.