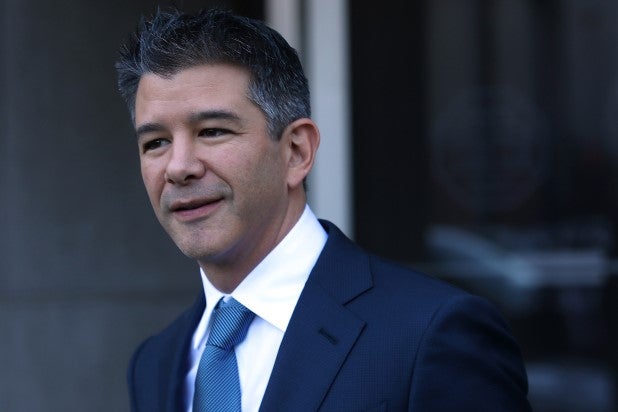 Travis Kalanick has plans to resign from Uber’s board.

The former CEO announced Tuesday that he will step down from the board of the ride-sharing company he co-founded in 2009 next week, according to the Associated Press.

“Uber has been a part of my life for the past 10 years. At the close of the decade, and with the company now public, it seems like the right moment for me to focus on my current business and philanthropic pursuits,” Kalanick said in statement obtained by the AP. “I’m proud of all that Uber has achieved, and I will continue to cheer for its future from the sidelines.”

Reps for Uber did not immediately respond to TheWrap’s request for comment.

Kalanick’s clean split from the company comes as no surprise.

Kalanick recently sold a large part of his stake in the company in Jan. of last year, netting him over a billion dollars, according to Bloomberg.

A shareholder revolt forced Kalanick to resign in June of 2017, following an avalanche of negative press. A clip of Kalanick lecturing an Uber driver on “responsibility” went viral, followed by accusations of workplace sexual harassment, and a claim that the company looked at the medical records of an Uber rider who was raped in India. The hits continued after Kalanick left, with the news that the company covered up a hack of 57 million customers in 2016.