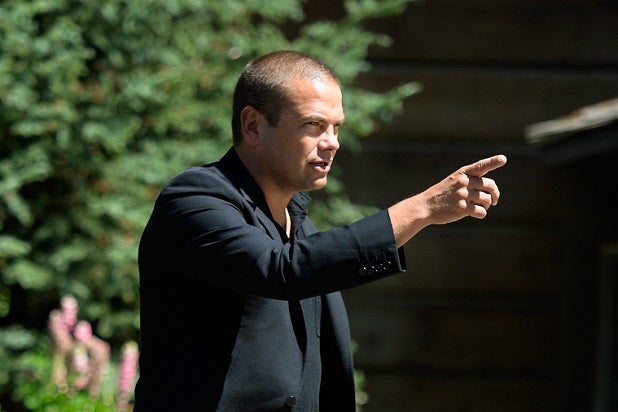 Twenty-First Century Fox Executive Chairman Lachlan Murdoch has presided over leadership changes at his film studio and cable news network this year, but said only one of those divisions needed to improve its performance.

Murdoch praised Gianopulos as a friend and valuable asset to Fox — he’s working as a consultant and helping with the transition — but said the studio’s disappointing box office performance in recent years made it time for a change.

“When we looked at [the box office performance] over a couple years, we decided it was time to shake things up a little bit at the studio,” he said. “The studio is profitable, its doing fine — but it should be doing much better.”

Murdoch also defended the company’s handling of former Fox News Chairman and CEO Roger Ailes after he resigned in the midst of multiple sexual harassment allegations and a lawsuit by former anchorwoman Gretchen Carlson.

“Within a couple of days we launched an internal investigation,” he said. “I think we moved with a great deal of alacrity and speed and protected the business and the employees of the business the best way we can. It’s hard to imagine another organization moving that quickly.”

Murdoch described the transition to Fox News co-president Bill Shine as a move “from strength to strength,” and said that the right-leaning news network has no plans to imitate competitors CNN and MNSBC, or in his words, “to follow a failed strategy rather than a winning strategy.”

“It would be foolish of us — if you think about the success of Fox News both in its positioning and in the voice that it has,” Murdoch said.

Murdoch spent some time discussing Hulu’s forthcoming streaming service — Fox is an investor — and coined the term “core bundle,” for a collection of channels more robust than a “skinny bundle” but more streamlined than a full cable package. He also insisted that regional sports networks, which command some of the highest carriage fees of any channels but are often among the highest-rated channels have to included in that core bundle. Fox owns several RSNs.

“You can’t by definition have a core bundle without sports being in that core bundle,” he said.

But he added that Fox had to make sure it got adequate compensation for putting its RSNs and other networks on those streaming services.

“It’s important we receive roughly the same value per subscriber for [streaming services] as we do with traditional [cable or satellite providers,” Murdoch said.

Murdoch acknowledged that Fox has historically been active in looking for potential acquisitions, but said no M&A activity was imminent. Instead, he said the company would focus on investments in its programming.

“It’s very important to have the strongest content brands possible,” he said. “This year alone, we’ll invest an additional $200 million in content on the FX brands and National Geographic.”

He noted that competition has increased with the advent of streaming services and other distribution outlets across devices and countries. And as they try to draw customers with premium content, those who have that content will benefit.

“As downstream distribution becomes more and more competitive, the value will flow upstream to the content owners,” he said. “It’s like salmon, value swims upstream.”