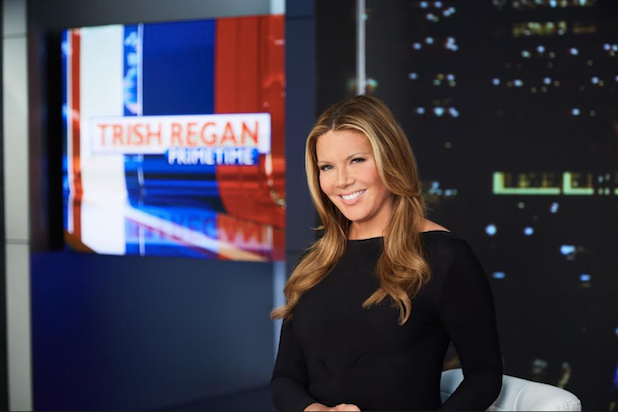 Fox Business host Trish Regan has high hopes for her new program, “Trish Regan Primetime,” which launched Monday, telling TheWrap that she was confident that the show would overtake her network rivals at CNBC at 8:00 p.m.

“I have no doubt that we will overtake Shark Tank reruns at 8 p.m. on Fox Business,” Regan told TheWrap in an interview shortly before the show premiere. “The reruns get a little old one you’ve seen them.”

Regan, who said she didn’t watch her rivals, said she would triumph with a show that took a more zoomed-out approach to business that would be less wonky than her former program “The Intelligence Report.”

“It’s more of a macro show,” Regan said of her new program. “It will have more politics in it, politics as it relates to the economy.”

Politics were on full display during her premiere week, with a planned interview of President Donald Trump on Tuesday.

Regan’s new Fox Business primetime colleague, Lou Dobbs, is known to be in regular contact with Trump and frequent the president’s resort at Mar-a-Lago. Regan, who spent years at CNBC and Bloomberg before joining Fox Business, said she was an admirer of Dobbs, but she struggled when asked to think of a single network competitor whom she admired.

“I have been very disenchanted with the mainstream media throughout this election cycle,” she said. “Many members of the media have shown their true colors and they’ve lost their sense of independence and they don’t examine policy for policy. They only look at things through the prism of red or blue.”