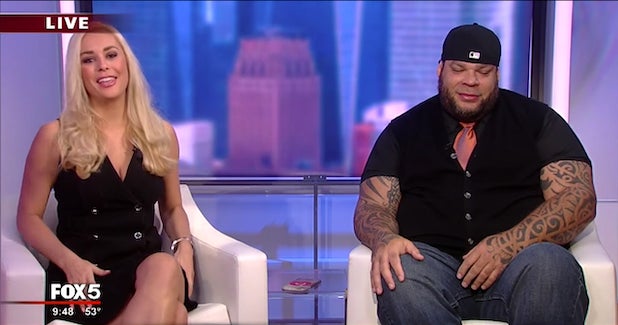 In a suit filed in the Southern District of New York, McHenry says that the network failed to adequately respond to her when she accused her former on-air co-host, George Murdoch (a.k.a. Tyrus), of sexual harassment. The suit further claims that Fox News retaliated against her for coming forward with her accusation against Murdoch.

“Fox News publicly says it now has ‘zero tolerance’ for sexual harassment. This is a dangerous lie. In practice, Fox News remains a sanctuary for sexual harassers, coddling and enabling the men who abuse female employees,” the suit says.

A Fox News spokesperson told TheWrap that McHenry’s lawsuit “recycles the same allegations” that she had put forward in an October complaint with the New York State Division of Human Rights. “As we have previously stated, Ms. McHenry’s allegations have been fully investigated and we are confident our actions will be deemed entirely appropriate in litigation. We expect all of her claims to be dismissed,” the spokesperson said.

Tom Clare, an attorney representing Murdoch, told TheWrap that his client denies McHenry’s accusations and will be pursuing defamation counterclaims. “He looks forward to having a public forum in the court system to clear his name from the smear campaign that has been waged against him in the media,” Clare said in a statement.

In Tuesday’s lawsuit, McHenry says that Murdoch’s sexual harassment began in August 2018, when they first met. She says that her soon-to-be co-host on Fox Nation’s “Un-PC” began sending her unwanted sexual texts, such as, “Dick pic coming in 5 sec!!!!” and “I please especially on your knees hotness,” according to the suit.

Though McHenry says that she tried to deflect with nonsexual responses because she did not want to upset Murdoch, her suit states that Murdoch’s inappropriate behavior continued to worsen and he would forcefully grab her and make lewd comments at the workplace.

By early 2019, McHenry had alerted executives at Fox News of Murdoch’s behavior, but she says it took several months before her complaints were elevated to the network’s human resources department. And when she did meet with an HR representative, McHenry says she was “asked what [she] did to provoke her harasser.”

Though Murdoch was taken off “Un-PC” following McHenry’s complaint, he was given his own show, which McHenry viewed as “effectively promoting him.” By then, McHenry’s complaint was closed and she was told by the network, according to the suit, that Murdoch’s behavior “did not constitute sexual harassment” because there was “no clear intent to have sex with her.” Further, McHenry’s suit says she was instructed to attend sexual harassment training but was “the only employee in attendance.”

The situation further escalated by October of this year, when allegedly doctored text messages between Murdoch and McHenry — which appear to show the latter sending photos of her breasts — were sent to McHenry’s lawyers by Fox News counsel. Tuesday’s suit claims that these fake text messages belonged to Murdoch and were shown to others at the network, resulting in the irreparable harm of McHenry’s reputation.

McHenry is seeking compensatory and punitive damages amounting to at least $75,000.

“The last thing I wanted to do was filed this lawsuit. But I had to stand up for what’s right for myself and for women,” McHenry said in a statement to TheWrap.