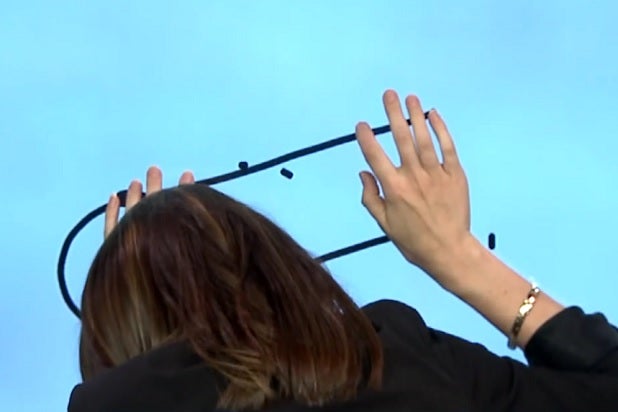 During a live segment on the Seattle news station, Atchison and segment host Travis Mayfield were doing a demonstration of a new Google technology called Quick Draw. Mayfield explained it is similar to Pictionary, wherein you are prompted to draw an object on screen and the computer attempts to guess what it is in real time.

Mayfield went first and successfully drew a bow tie and a pair of scissors. Atchison decided to join in the fun, with the game prompting her to draw a cannon. Let’s just say that drawing a cannon is a lot harder than you think. Atchison and Mayfield quickly descend into a laughing fit that lasts throughout the rest of the segment.