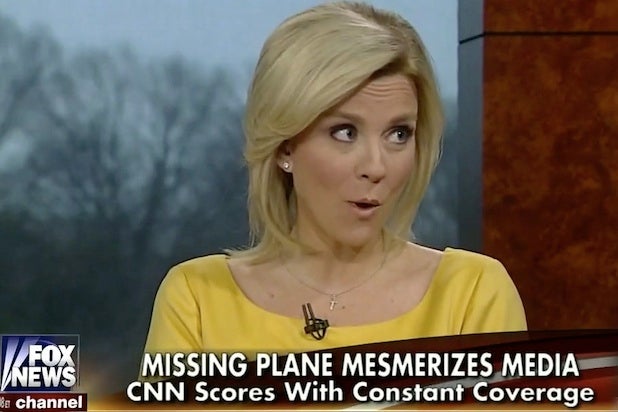 Move over, James Earl Jones — CNN has a new spokesperson.

Fox News contributor Lauren Ashburn made a shocking admission Sunday that she gets her breaking news from her network’s competitor.

“If I do want to know about news, I turn to CNN because it is 24/7!” Ashburn said candidly.

Appearing on MediaBuzz, Ashburn was commenting on host Howard Kurtz’s observation that CNN has focused so much attention on the the missing Malaysian airplane, it’s opened the door for misleading speculation.

“CNN is well equipped to cover this kind of story because of its big international footprint,” Kurtz said. “But at the same time, CNN is covering almost nothing else. And that’s translated for good ratings for CNN …”

Ashburn went on to compliment the “amazing news resources” CNN has at its disposal to cover the missing plane, allowing Fox News’ rival to take their coverage “to the next level.”

Watch more of Ashburn’s comments below: