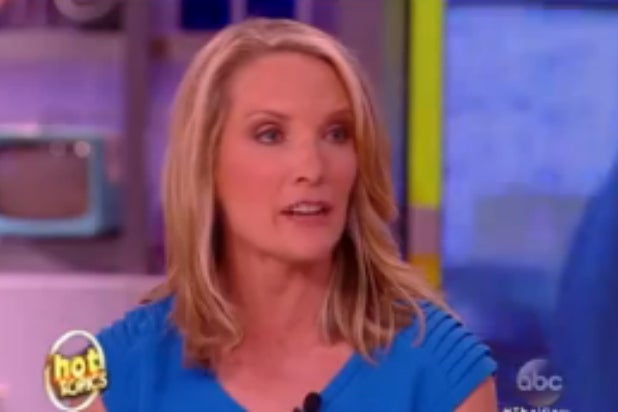 “One of the things she said yesterday was, ‘It seems like the Republicans are only talking about me,'” Perino said. “Well, that’s the way it’s going to be, because there is only you to talk about.”

“So she’s going to have to get used to that,” Perino said.

The co-host of the cable news channel’s “The Five” said that Clinton running virtually unopposed is “the best and the worst of both worlds.”

Rosie Perez said that they should talk more about the issues not the candidates.

“Well everyone is going to … we’re 16 months out and she’s not talking about the issues either,” Perino said. “Everyone is just trying to explain themselves. The candidates that all of them are today will not be the same candidates they are in nine months.”

ESPN’s Hannah Storm and “Cristela’s” Cristela Alonzo joined the panel for the show. Kermit the Frog stopped by to lend some comedy.