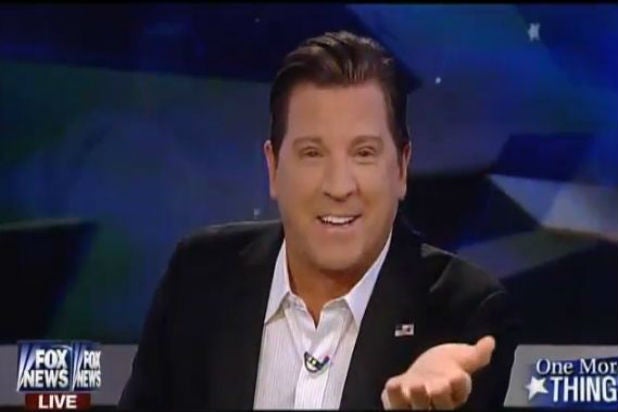 Fox News’ Eric Bolling apologized Thursday for his ill-received joke on “The Five” about a female United Arab Emirates’ Air Force pilot. Then he apologized for his initial apology on Friday with a second apology.

“Earlier this week I made a comment that was wholly inappropriate and I apologize for it,” Bolling told TheWrap in a statement on Friday.

Following Kimberly Guilfoyle’s segment Wednesday “One More Thing” honoring Maj. Miriam al Mansouri who bombed ISIS, Bolling said, ” Would that be considered boobs on the ground or no?”

“My remark was not intended to be disparaging of her, but that’s how it was taken,” Bolling said Friday. “I should have known better and used better judgment.”

“[The initial apology] was inadequate,” Bolling said Friday after further reflection. “Fox News has received letters from viewers, including from women in the military, and I’ve taken them to heart.”

“Therefore let me speak clearly and sincerely – I am sorry for what I said. I believe that Major al Mansouri is a hero. She is courageous, brave, and she deserves our praise, not inappropriate jokes,” he added. “I appreciate that she is fighting the extreme radicals that threaten all of us. She has my admiration and my gratitude.”

Correction: The article initially attributed Bolling’s apology to Greg Gutfeld, who offered a separate apology for his own remark about Major al Mansouri. TheWrap regrets the error.