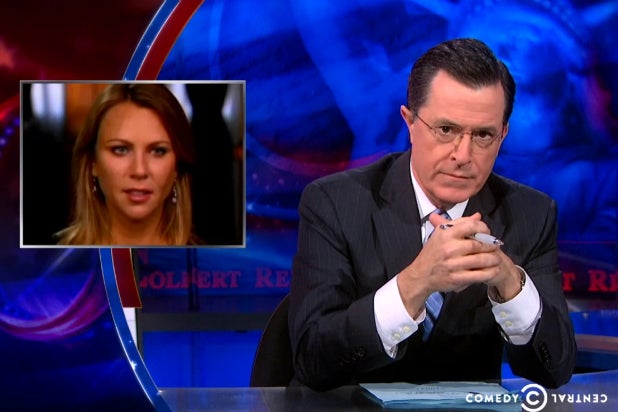 In the wake of the “60 Minutes” Benghazi scandal, Stephen Colbert took time Monday to remind viewers of his own program’s “obsessive” fact-checking policy: if his staffers find a fact, they immediately replace it.

But this shaky reporting by CBS News is something that the Comedy Central host — and the media  — are just not used to seeing. After all, “When the attacks in Libya occurred, ’60 Minutes’ was on the scene within minutes … of 13 months later,” Colbert quipped.

And surely the details of what occurred during the tragic attacks at the embassy are not new to some viewers. Fox News has been all over it — at least, the placing blame part.

For their part, Fox News anchors were a combination of annoyed and vindicated once a respected news organization reported the news that they have been pushing for months. After all, the process aligned with their motto as Colbert sees it: “We Report, But You Should Really Check With Someone Else.”