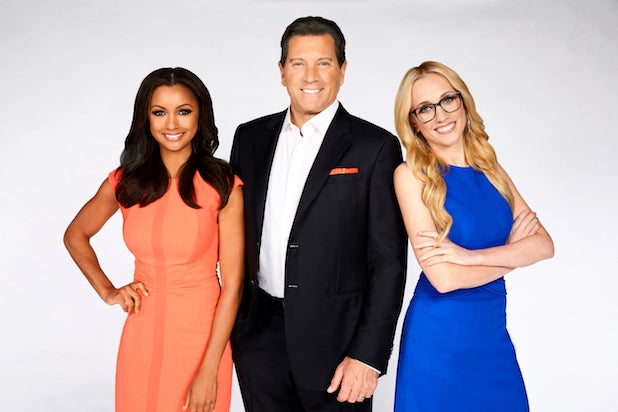 In addition, each episode is expected to include two guest “specialists” to contribute expertise on the day’s topic.

The premiere episode of “The Fox News Specialists” is expected to feature Bolling’s interview with President Donald Trump.

Bolling will be a familiar face to viewers who tune in at 5 p.m., as he was a longtime co-host of “The Five” when it occupied that timeslot.

When the program was shifted to prime time following the ouster of long-time ratings champ Bill O’Reilly, Jesse Watters was named as his replacement.

“Eric, Katherine and Eboni’s diverse opinions and backgrounds will provide our audience with an hour of informative and entertaining analysis on daily stories that are most important to Americans. The combination of the co-hosts’ expertise in business, millennial and legal topics, respectively, will make for lively and compelling discourse,” Executive Vice President of Programming Suzanne Scott in a statement.

Timpf joined FNC in 2015 as a contributor and provides political commentary regularly to “The Greg Gutfeld Show,” while also writing for the National Review and hosting a podcast on Barstool Sports.

Williams also joined FNC in 2015 and has appeared as a fill-in co-host on “Outnumbered” and “The Five.”