The payment happened in 1998, and suggests Fox had issues with sexual harassment long before the investigations that led to the exits of Fox News star Bill O’Reilly and founder Roger Ailes, and the ouster of Fox Sports President Jamie Horowitz last month.

“That’s the earliest recorded Fox case I’ve heard about,” attorney Lisa Bloom, who has filed several sexual harassment suits against Fox, said of the 1998 case. “If they’d cleaned house then, or simply monitored their staff to require compliance with the law, so many women could have been spared.

The woman, Paula Radin, was a vice president for special events at Fox Broadcasting Company for seven years. She complained about sexually aggressive behavior by Hill and accepted a settlement in exchange for not pursuing a lawsuit, the individuals said. Radin left the company in 1998. 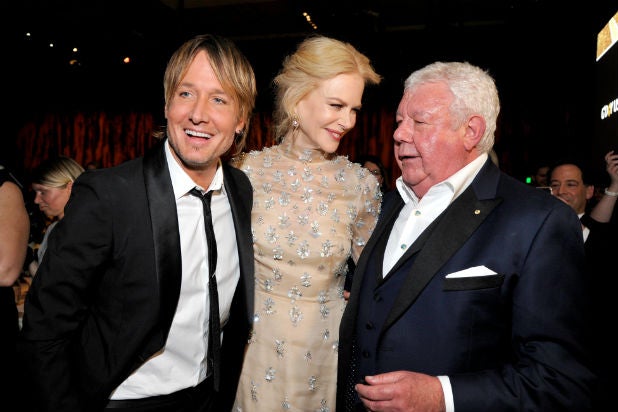 Hill and Radin did not respond to repeated requests for comment. Fox declined to comment. O’Reilly and Horowitz have denied any wrongdoing, as did Ailes before his death this year.

But Bloom said Fox has taken a permissive approach that allowed misconduct to continue for years.

“It’s a culture that started at the top, it’s a toxic culture,” she said. “Unfortunately there are still remnants of it, and we’re still hearing constant complaints.”

“It’s a dog-eat-dog culture, at Fox in particular. There’s a lack of sensitivity that emanates from the very top,” said the former executive, who spoke on condition of anonymity. “If Rupert provided you air cover, as he did in the in case of Roger Ailes, or his Aussie homies, there was a way in which these guys felt like they could pretty much get away with anything. And for a long time they did.”

The Australian-born Hill stepped down in 2015 to open a Fox-backed production company called Hilly Inc. He also co-produced the 2016 Academy Awards.

The Hill settlement was “substantial and there was some kind of day of reckoning,” said the former executive at Fox, describing Hill “crying, hysterical, in apologizing to her.”

The encounter that sparked the complaint occurred in a limousine and involved unwanted touching, the insider added.

Less than two weeks ago, Horowitz was abruptly ousted as president of Fox Sports, a position he had held since 2015, amidst an investigation over sexual harassment charges. The executive vehemently denied any misconduct through his lawyer, who said the network’s abrupt decision to dismiss him was “appalling.”

Hilly productions is currently involved in a venture with eSports company ESL, integrating his entertainment production experience into their gaming product.

Fox last year vowed to change its culture, taking measures like emergency refresher courses in sensitivity training for the news division — something the channel’s head of human resources called “critical” to maintaining the workplace.