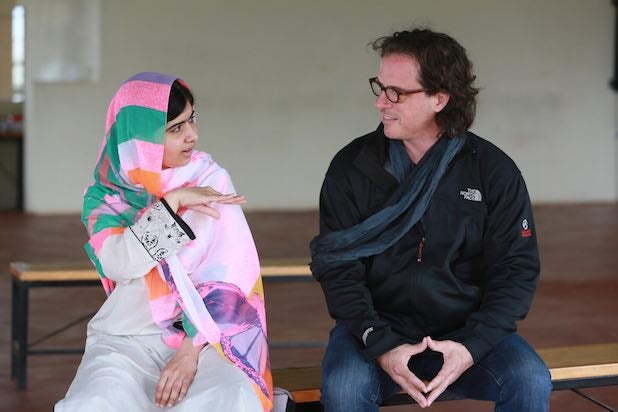 The latest film from the Oscar winner will be released sometime this year, Fox Searchlight presidents Nancy Utley and Stephen Gilula announced on Monday.

Produced by Walter Parkes and Laurie MacDonald under their long-term production partnership with Image Nation Abu Dhabi and co-financed by Participant Media, the documentary is described as an intimate portrait of Yousafzai, an activist who was wounded when Taliban gunmen opened fire on her and her friends’ school bus in Pakistan’s Swat Valley.

Studiocanal will distribute the film about the world’s youngest Nobel Prize winner in France.

The film following the educational activist will launch an international advocacy and fundraising campaign in partnership with the Malala Fund, Malala’s nonprofit organization working to empower adolescent girls globally through a quality secondary education.

“Malala’s incredible journey is both heartbreaking and inspiring.  Her bravery in the face of adversity brought us to tears.  The chance to bring her story to a global audience will be an honor for all of us here at Searchlight,” Gilula and Utley said in a statement.

“Spending the last 18 months with Malala, her father Ziauddin and their family has been one of the great experiences of my life.  Now that Fox Searchlight is joining Image Nation and Participant Media, we have the opportunity to share their moving story with the world,” said Guggenheim.