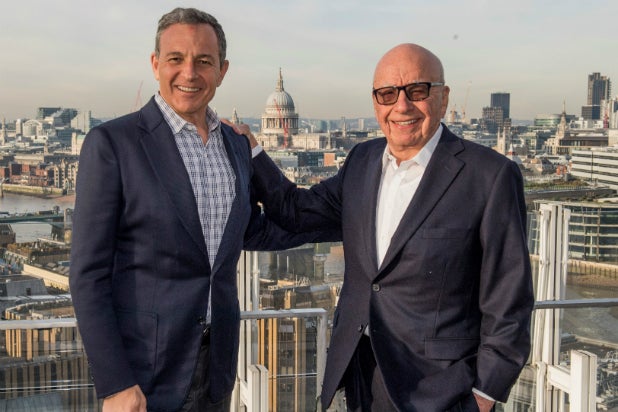 Fox said on Thursday that it has rescheduled a shareholder meeting to vote on Disney’s $71.3 billion proposal for July 27.

The meeting had previously been set for July 10, but was delayed to give Fox and its shareholders more time to review the increased bid Disney was forced to submit after Comcast’s counter offer for the same film and TV entertainment assets.

The Fox board of directors is encouraging shareholders to vote in favor of Disney’s amended bid.

Also Read: Disney vs Comcast: Why the Bidding War for Fox Has Only Just Begun

The company said that under the agreement with Disney, it could still postpone or adjourn the July 27 meeting in the event something occurs that Fox deems “reasonably likely to require under applicable law the filing or mailing of any supplemental or amended disclosure.”

Simply put, if Comcast were to come back again with an increased counter offer that Fox would be obligated to consider, the company could delay the meeting again.

The specter of a shareholder meeting ups the pressure on Comcast to respond with a new, improved bid, if it plans to keep hopes of acquiring the Fox assets alive.

On Wednesday, the U.S. Department of Justice signed off on the revised Disney deal, granting them regulatory approval as long as Disney agreed to divest the 22 regional sports networks Fox owns.

Prior to DOJ approval, the Wall Street Journal reported that Comcast was looking to partner with other companies or private-equity investors that could provide additional cash to sweeten its bid.

Also Read: Why Comcast Still Has a Chance at Fox After DOJ Approved Disney's $71.3 Billion Deal

In a filing with the Securities and Exchange Commission on Monday, Fox admitted that part of its reasoning to accept Disney’s $71.3 billion offer over Comcast’s $65 billion offer was due to regulatory concerns: “A strategic transaction with Comcast continued to carry higher regulatory risk leading to the possibility of significant delay in the receipt of merger consideration as well as the risk of an inability to consummate the transactions.”

The DOJ said Wednesday that the agency was beginning to review a potential Comcast acquisition.

“We recognize that Comcast may also bid for the these Fox assets,” the DOJ said in a statement. “Each potential transaction presents its own unique facts and therefore competitive analysis. We have begun recently to review a potential Comcast transaction.”

A representative for Comcast did not immediately respond to request for comment.