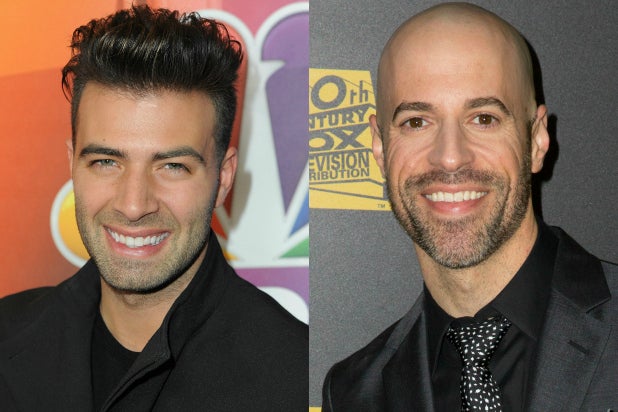 Fox’s “The Passion” has found its Jesus, and its Judas.

“Telenovela” star Jencarlos Canela (pictured above, left) will play the son of God, and “American Idol” alum Chris Daughtry (pictured above, right) will portray the biblical figure who betrays him.

“The Passion” is written by Peter Barsocchini.

“The Passion” tells the 2,000-year-old story of the last hours of Jesus Christ’s life on earth through passages from the Bible and a variety of popular music pieces, sung by the cast and arranged specifically for this event by executive producer and hit music producer Adam Anders.

Set in the modern day, the event will follow the dramatic and inspirational story of Jesus of Nazareth as he presides over the Last Supper and then is betrayed by Judas, put on trial by Pontius Pilate, convicted, crucified and resurrected.

The live TV event will unfold across several New Orleans locations, featuring a procession of hundreds of people carrying a 20-foot, illuminated cross from outside the Superdome to the live stage at Woldenberg Park on the banks of the Mississippi River.