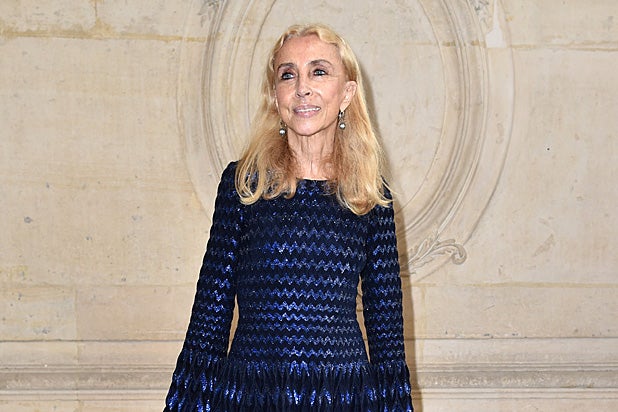 The fashion industry lost one of its great influencers on Thursday when Franca Sozzani, Vogue Italia editor-in-chief, died after battling a year-long illness. She was 66.

Sozzani had helmed the style bible for almost 30 years, during which time she became renown for promoting diversity in the fashion industry by regularly advocating for greater inclusion of all body types and skin colors.

A supporter of young designers and fresh talent, Sozzani also appeared on “America’s Next Top Model” and featured the winners in the glossy pages of Vogue Italia.

Born in Mantua, northern Italy, Sozzani began her journalism career at Vogue Bambini as “assistant to the assistant to the assistant,” she said, according to Vogue.com. By 1980, she was editor of Lei, a magazine aimed at young women, plus its male counterpart Per Lui from 1982. While growing both titles to new heights, she helped nurture emerging photographers such as the now-legendary Mario Testino, Peter Lindbergh and Bruce Weber.

Stars of the entertainment and fashion worlds expressed remorse over her death in heartfelt tweets on Thursday, with Kanye West saying, “Franca Sozzani was always so nice and sincere. You will be deeply missed.”

“Her incredible contribution to fashion will be missed,” designer Marc Jacobs said.

“In private, Franca was warm, clever, funny, and someone who could give the Sphinx a run for its money when it comes to keeping a confidence. She was also the hardest-working person I have known, and with an envy-inducing ease with multitasking,” Wintour recalled of her friend of 30 years. “She made everything she worked on appear effortless, regardless of whether it was an event for several hundred; a whirlwind trip to Africa to support the continent’s emerging designers; or the creation of yet another newsworthy, provocative, and utterly spellbinding issue of Italian Vogue.”

“A maverick spirit, she turned her Vogue into a magazine that not only celebrated the power of the image, but also used fashion stories as a platform to discuss broader issues, and the obsessions of the fashionable world,” Hamish Bowles’ obit on Vogue.com says. “Franca had a passion for, and a deep knowledge of, fashion and its history, but an ability to keep an amused distance from its modern day excesses.

“She was fearless in her willingness to tackle provocative and controversial social and cultural issues through the medium of fashion shoots. (‘Fashion isn’t really about clothes,’ she said, ‘it’s about life.’)”

Sozzani is survived by her son, photographer and director Francesco Carrozzini, and her sisters Carla and Maria.

Franca Sozzani was always so nice and sincere. You will be deeply missed. pic.twitter.com/B2Y7OM1uEy

Farewell to Franca Sozzani, a woman who believed fashion could be more. "We can't always be writing about flowers," she said.

SHARING YOUR LIFE AND LIGHT WITH OTHERS IS THE MOST PROFOUND LEGACY YOU CAN LEAVE. RIP MY DARLING FRANCA SOZZANI pic.twitter.com/JJP1NECmYl

RIP #FrancaSozzani ???? Her incredible contribution to fashion will be missed. pic.twitter.com/MnvA2jRb3c