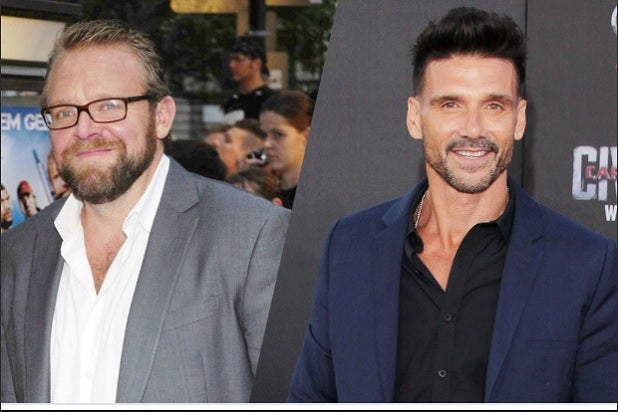 The duo enters far-reaching strategic partnership to develop and produce material for the worldwide marketplace.

“The opportunity to partner with Starlight and their incredibly talented group of producers and directors has given Warparty the opportunity to take our brand and style of filmmaking to China and the rest of the world in a way we could only dream about,” Grillo said in a statement.

“I can’t express my gratitude enough to Peter and Nancy and everyone at Starlight and Er Dong,” Carnahan said. “Being able to partner with these wonderful people has been a dream come true. These past few years have proven what a global force the Chinese market is and anyone who ignores that is ignoring the future. Warparty wants to produce cutting edge, high concept, cost-conscious genre films that can play globally. Frank and I couldn’t be more fired up to start making these movies with our new friends at Starlight.”

In August 2016, Frank and Joe launched Warparty with the intention to option and develop material from a variety of sources and produce between 3-5 films per year including titles with franchise potential. The shingle’s inaugural film, “Wheelman,” was released on Netflix in October 2017. Grillo starred and gained his first producing credit in the high-concept action thriller. It was followed by “El Chicano” which Grillo executive produced alongside Lorenzo di Bonaventura, and Netflix documentary series “Fight World,” an inside look at fight culture all over the globe that Grillo produced and starred in. There is also a partnership with XYZ Films for the reimagining of the hit Indonesian action film “The Raid” which Grillo will produce and star in and is in development.

Warparty has a full slate of projects for release on the immediate horizon. First up is “Point Blank,” an action thriller featuring Grillo and Anthony Mackie that will be released by Netflix on July 12th. “Into the Ashes,” which Grillo produced and stars in alongside Robert Taylor and James Badge Dale for RLJE Films, will follow a week later in theaters July 19th. “Boss Level” an action sci-fi thriller featuring Grillo, Mel Gibson, Naomi Watts, Rob Gronkowski and Ken Jeong, and directed by Carnahan, will be released this fall.