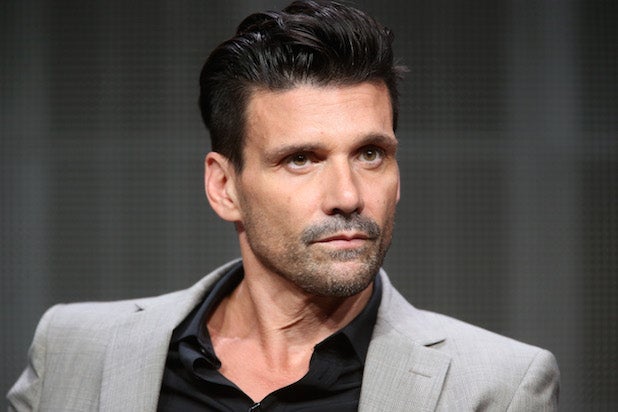 “The Purge: Anarchy” hero Frank Grillo is set to star in Akiva Goldsman‘s horror-thriller “Stephanie,” which Universal Pictures has acquired from Jason Blum‘s Blumhouse Productions and Matt Kaplan’s Chapter One, TheWrap has learned.

First announced last summer, the film was written by Ben Collins and Luke Piotrowski, whose script was voted to the 2012 Blood List.

Abandoned by her parents in their remote home, Stephanie survives on peanut butter and conversations with her toy turtle, while a dark supernatural force looms in the background. When her mother and father return to claim her, the malevolent power spins out of control with Stephanie at the center.

Blum and Kaplan will produce alongside Ellen Goldsmith-Vein and Adrienne Biddle, while Nate Matteson, Eric Robinson and Bryan Bertino will executive produce.

Oscar-winning screenwriter Goldsman has worked with Blumhouse before, having served as an executive producer on three “Paranormal Activity” sequels. He made his feature directorial debut last year with “Winter’s Tale.”

Grillo starred in Universal and Blumhouse’s “The Purge: Anarchy,” which grossed more than $110 million worldwide and ended with his character being rushed to a hospital.

Grillo recently played the villainous Brock Rumlow, aka Crossbones, in Marvel’s “Captain America: Winter Soldier,” which has grossed more than $260 million domestically. He will reprise his role in “Captain America: Civil War,” which begins shooting later this year.

Grillo also stars on DirecTV’s critically-acclaimed original series “Kingdom,” which will return for a second season this fall. He’s represented by CAA, Management 360 and attorney Erik Hyman of Loeb & Loeb.