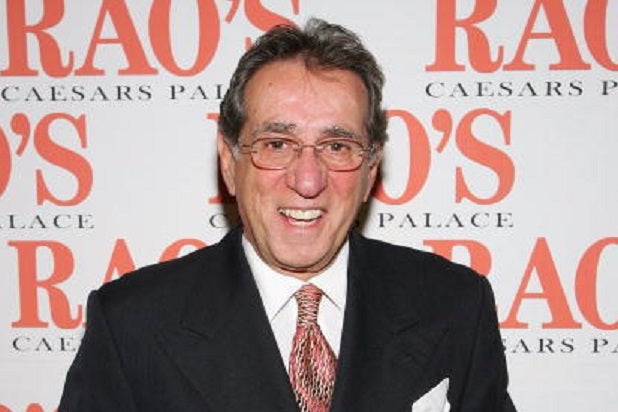 Frank Pellegrino, who played FBI bureau chief Frank Cubitoso on “The Sopranos,” died Tuesday after a battle with lung cancer, People reported. He was 72.

Pellegrino, who in addition to his acting career was co-owner of the New York restaurant Rao’s, had been battling lung cancer since last year.

“New York lost a piece of New York yesterday. Frankie was an icon, one of the most unique and remarkable people I’ve ever met in my life, with one of the biggest hearts,” Pellegrino’s friend Bo Dietl told People. “If anyone had a problem, they would go to Frankie and he would help them. He was one of the bravest men I ever met in my life.”

Pellegrino’s other credits included the 1990 Martin Scorsese film “Goodfellas,”  as well as “Law & Order” and “Mickey Blue Eyes.” His last role was in the television series “Odd Man Out” in a 2015 episode, according to his IMDb page.

The East Harlem restaurant Rao’s, which was founded in 1896, has a reputation as a haunt for celebrities including Scorsese and Jay Z.

Dietl noted that, despite his cancer treatments, he would still come into the restaurant.

“Even on his darkest days, sometimes he’d go from chemo and show up at Rao’s,” said Dietl. “He was the pillar of happiness and life.”