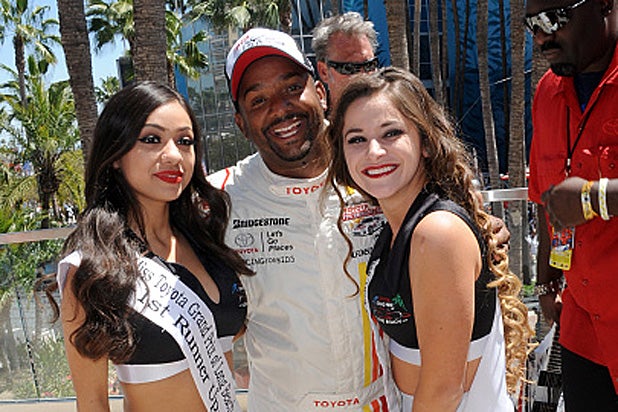 “Fresh Prince of Bel-Air” star Alfonso Ribeiro proved he still knows how to live life in the fast lane this past weekend when he won the final ever Toyota Pro/Celebrity Race at the Long Beach Grand Prix in California.

He beat out star drivers including Adam Carolla, Frankie Muniz, Brian Austin Green and fellow “Silver Spoons” alum Ricky Schroder at the 40th annual race, which ends after this year.

The “America’s Funniest Home Videos” host, who is also a past “Dancing With the Stars” champion, was the celebrity winner in 1994 and 1995, and the Pro winner in 2015.

Ribeiro actually credited Schroder for getting him into the racing scene, telling TheWrap before the race: “I came here with him, hung out during the practice and had a blast … I fell in love with it. Several years later they asked me to do it and there was no way I was going to say no.

Fortunately the racing bug doesn’t give Ribeiro the urge to drive “Grand Theft Auto”-style in his day-to-day life. “It is about using your head to be smart out there,” he explained.

While he has had some bad wrecks in the past, the actor-turned-driver said you have to put them in the back of your head when you get behind the wheel: “If you are scared, this isn’t for you. You have to be confident, you have to be calm when you are in the car.”

As for the historical significance of the Toyota Pro/Celebrity Race, “there have been some great legends and names who have won this race here in Long Beach. It is the West Coast version of Monaco,” Ribeiro said.

Because it was the race’s final year, Carolla told TheWrap that the drivers were “fast and super fast. Everyone here has won at least one time,” the 2012 and 2013 winner said.

The world’s top podcaster and former “Man Show” co-founder explained that there was no point even trying to trash talk his rivals, as “they’ve heard it all before.”

Saturday’s race was the final event of the longest-running corporate-sponsored charity race in the country. It has also helped Toyota donate more than $2.3 million to “Racing For Kids” since 1991.