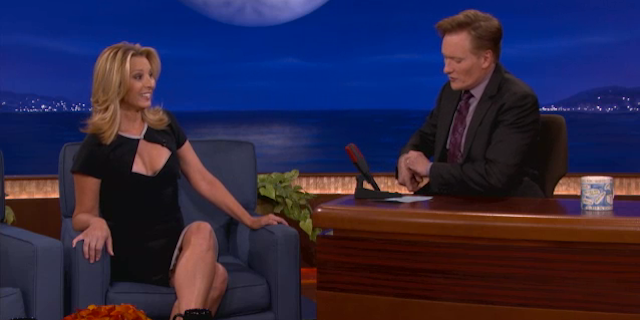 If you believed the rumors floating around the internet earlier this year about a "Friends" reunion targeted for Thanksgiving of 2014, don't feel too bad, Lisa Kudrow did, too.

The actress who played Phoebe Buffay on the hit NBC series appeared on "Conan" this week and talked about the hoax, which got fans' hopes up thanks to a convincing graphic and a not-so-reputable website "confirming" the news.

"Okay, first of all. The graphic for this one thing was unbelievable. It looked really real," Kudrow told Conan O'Brien. "And then they were posting this article and the headline was like, 'NBC Confirms 5 out of 6 of the Friends Are In,' and I went, 'Oh my God. They didn't ask me.'"

At the height of the hysteria, NBC told TheWrap the rumors "aren't true" and Kudrow eventually caught on, as well. Now she just feels kind of bad squashing faithful "Friends" fans' dreams of a reunion special, season, movie, or whatever platform the six stars can portray their beloved sitcom characters again.

Stop getting mad, and start letting go by watching Kudrow put a swift end to the rumors, below: