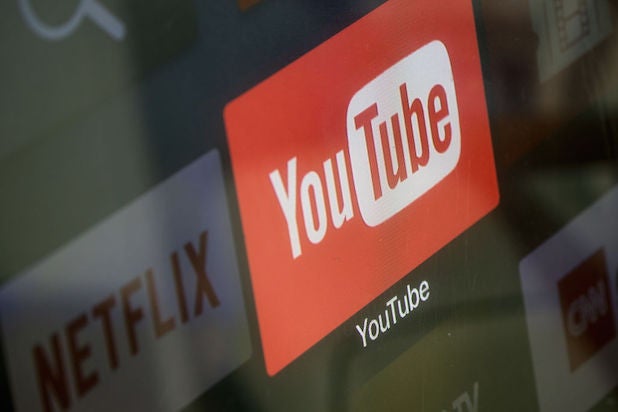 YouTube is working feverishly to expand its slate of original content across the globe, with its latest target being France.

The Google-owned company launched its first two shows in the country via its subscription video on demand (SVOD) service YouTube Premium on Wednesday.

The new programming includes “Groom,” a comedy that centers on the son of a wealthy hotelier who must work as a bellboy to claim his inheritance, and “Troublemakers,” which takes place in a Nazi-occupied France and follows four teenagers who join the Resistance after suddenly gaining superpowers.

The two projects, which are the first French originals from the company, come just two weeks after the streamer announced its first slate of German originals, which include “Neuland,” “Lefloid vs. the World,” and “Bullsprit.”

Part of the company’s original content strategy is to partner with popular YouTube influencers in the area to increase the awareness of its content. For example, “Neuland,” a multi-format variety show, features local YouTube star Phil Laude — who has more than a million followers across his social channels — as a former online star trying to make a comeback. The series also stars David Hasselhoff who appears as himself.

Currently, YouTube has plans to launch original content via its premium platform in South Korea, Mexico, the U.K., and Japan. The streamer is also launching ad-supported content in India that won’t require a YouTube Premium subscription. After testing two sponsored shows as pilots in the country, which the company said had “phenomenal” performances, the video hosting platform is set to launch its first official ad-supported show, “ARRived,” which it describes as an authentic search for the best music talent in India.

Variety was the first to report YouTube’s show launches in France.

As movie franchises go, the "Predator" films have an abundance of iconic, over-the-top, ridiculously quotable lines -- way more than a normal film series. It's likely due to the franchise's semi-unusual combination of interesting science fiction, '80s action movie machismo, and surprising willingness to be extremely campy. It results in movies full of lines that are absurd and yet perfectly reasonable when fighting an alien safari hunter that turns people's skulls into trophies.

Here's a rundown of 14 great, weird and goofy lines from "Predator," "Predator 2," and the newly released Shane Black movie "The Predator."