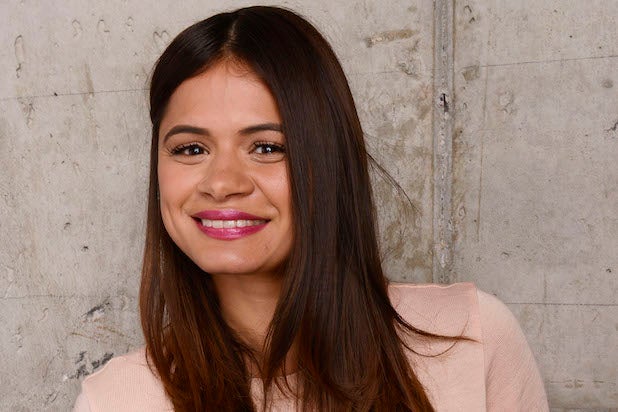 “Fruitvale Station” star Melonie Diaz will join Tony Goldwyn (“Scandal”) and John Gallagher Jr. (“The Newsroom”) in MGM Studios’ thriller “The Belko Experiment,” which is being produced by “Guardians of the Galaxy” director James Gunn, who announced the news on Wednesday.

Greg McLean is directing the movie, which is gearing up to start production next month in Bogota, Colombia. Peter Safran is producing with Gunn, who wrote the script several years ago.

“The Belko Experiment” follows an American company in South America whose employees are pitted against each other and forced to fight for their lives as their true natures are revealed.

Diaz will play Dany Wilkins, the new girl at Belko who picks the wrong day to start working at the company.

Gunn wrote on Facebook that he adored “Fruitvale Station” and Diaz’s “honest performance” in that film. “So when she said she was interested in playing Dany Wilkins, one of the leads of the film, I jumped up and down and punched my desk and some trash cans and my assistant Simon with pure joy.” He ended his post with “PS Melonie, Simon forgives you for the broken nose.”

Diaz recently starred opposite Adam Sandler in Tom McCarthy’s “The Cobbler,” and her previous feature credits include “Raising Victor Vargas,” “A Guide to Recognizing Your Saints” and Michel Gondry‘s “Be Kind Rewind.” She’s represented by the Gersh Agency, Thruline Entertainment and attorney Todd Rubenstein.