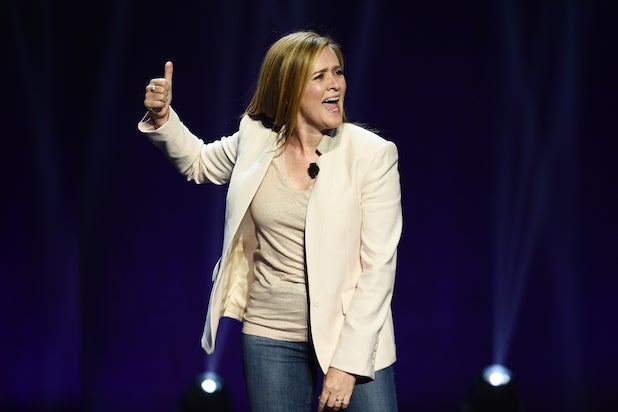 “Full Frontal With Samantha Bee” tweeted an apology after the TBS show ran a segment that inadvertently mocked the “Nazi hair” of a cancer patient.

One of the pictures displayed during the repeated use of the phrase “Nazi Hair” was of Kyle Coddington, a contributor to the conservative site OUTSET. According to the site’s editor-in-chief, Stephen Perkins, Coddington “was diagnosed with stage four brain cancer and recently completed his first round of chemotherapy and radiation.”

“On a personal note, as someone who has the pleasure of working with Kyle here at OUTSET, I urge Samantha Bee to release an apology for this sick attempt at a joke,” Perkins added. “Perhaps labeling someone because of their appearance is not the best approach.”

We deeply apologize for offending @_that_kyle in our CPAC segment. We only learned of his condition today & have removed him from the piece.

@KFoleyFL !!! we didn’t know – we sincerely apologize & have reached out to him, & the show is making a donation to cancer research inst.

Bee used Sarah Palin supporters' own words against them to perfectly skewer McCain's anti-abortion running mate on the issue of women's rights.
View In Gallery
x
Looks like you're enjoying reading