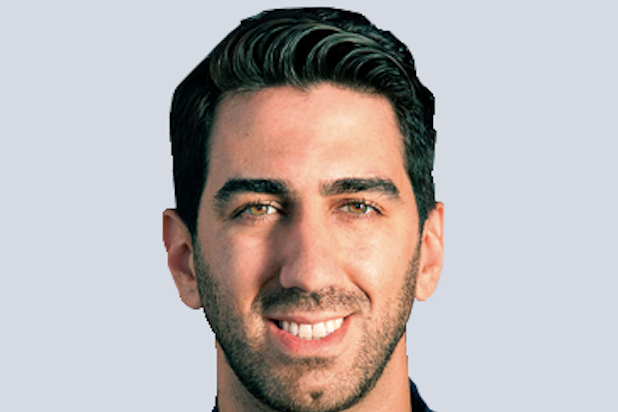 In a memo to staff this morning, Fullscreen CEO George Strompolos (pictured) announced he’d be stepping down and passing the CEO role to Andy Forssell, who currently serves as the company’s COO.  Strompolos will be transitioning into an Advisor role to Fullscreen and Otter Media, while Fullscreen will continue to report to Forssell.

Fullscreen operates as a subsidiary of Otter Media, which acquired a controlling stake of the company in 2014. At the time, Otter Media was a joint venture between AT&T and the Chernin Group, but is now fully owned by AT&T after the company acquired the remaining shares from Chernin in August 2018.

Fullscreen, which was founded by Strompolos in 2011, has diversified it’s business over the years from being a talent-driven MCN with attempts at studio and branded entertainment businesses as well as media buying.
Strompolos assured the team in his memo to staff that “a deep bench of leaders…will ensure that the future of Fullscreen remains bright.”

Read Strompolos memo to staff below:

After spending some time away from work and reflecting on my own personal journey, I have decided that now is the right time for me to step down as CEO. Tomorrow I will be transitioning into an Advisor role to Fullscreen and Otter Media. Fullscreen will continue to report into Otter’s COO, Andy Forssell.

Building Fullscreen has been one of the most rewarding experiences in my life. We knew early on that online video, the smartphone and social media would change the world. Together we built a first-of-its-kind company that empowers a diverse spectrum of creative voices and redefines how brands approach their marketing in the modern era. I will never forget the friendships, the late night sessions, the challenges, the wins, the work, the laughs we’ve had and the culture we built. Thank you.

My hope is that I have instilled a real spirit of creativity, relentlessness and innovation here that will continue forward in each of you for years to come. We have a deep bench of leaders who reflect these values and will ensure that the future of Fullscreen remains bright. I look forward to supporting this team as an Advisor going forward.

Please join me at All-Hands today where I will speak more about this transition and we will hear from Tony Goncalves and Andy Forssell.