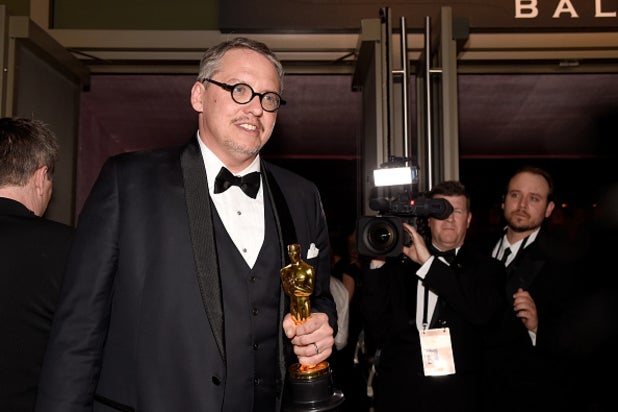 Adam Mckay, who founded Funny or Die with Will Ferrel and Chris Henchy in 2007, quietly stepped down from the company earlier this year, Vulture reported Friday.

In a statement provided to Vulture, McKay said his decision was prompted by a wish to focus on person projects. But he also hinted that disagreements over recent business also played a role.

“Lately, I’ve found myself increasingly drawn to stories and projects that mean a lot to me — big money, corporate entanglements and global warming. Given Funny Or Die is driven by ad revenues, I felt the time had come for me to step down,” McKay told Vulture. “I have to say I love what we created at Funny or Die and all the really fun collaborators, and I wish them the very best for the future.

“Ad revenues” appears to refer back to a disagreement McKay had with FOD in January, after the company posted a three-part web series sponsored by Shell oil and gas company. “Let me be really clear: this is the most disgusting thing I’ve ever seen,” McKay tweeted at the time. “I’m shocked and horrified FOD did this. More to come.”

McKay will remain an executive producer on Funny or Die projects like Sarah Silverman’s Hulu series “I Love You, America,” and CBS All Access’ “No Activity.”

Also Read: 'Billy on the Street' to Return as Short-Form Web Series Produced by Lyft

Reps for McKay didn’t immediately respond to request for comment from TheWrap.

McKay’s exit comes during a tough time for Funny or Die. In January, the company laid off an unspecified number of employees. Those layoffs came after the company shut down its New York offices which followed a staff reduction of 30 percent in 2016.