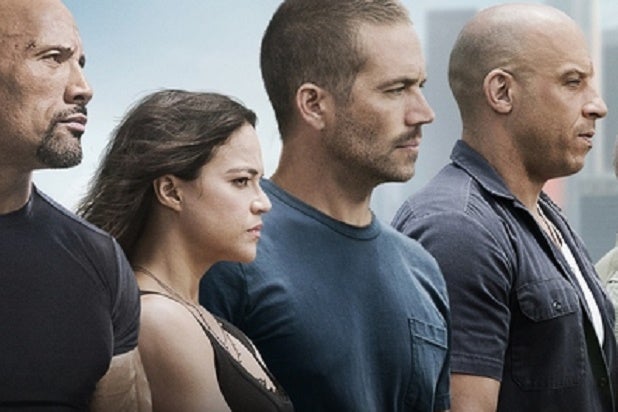 “Furious 7” has raced off with $60 million at the international box office after only being open for two days.

The latest installment of the Vin Diesel-Paul Walker action franchise opened in 12 territories on Wednesday and added 33 new openings on Thursday, bringing the total to 45. It grossed $43 million at 8,407 locations on Thursday.

“Furious 7” opened at number one in all 45 territories, and will open in 18 more territories this weekend.

It’s already breaking records domestically too. The Thursday night haul of $15.8 million from screenings that began at 7 p.m. in 3,069 theaters is Universal’s best ever and blows the doors off the the $6.5 million taken in by “Fast and Furious 6” on its way to $97 million opening that drove a Memorial Day weekend record in 2013.

It’s also well ahead of the $10.2 million rung up by “Captain America: The Winter Soldier,” which set the record for an April opening at this time last year with $95 million, and the $8.6 million taken in by “Fifty Shades of Grey,” which currently ranks as 2015’s top opener after its $86 million Presidents’ Day weekend debut.

“Furious 7” is expected to open to take in $115 million over its opening weekend domestically.