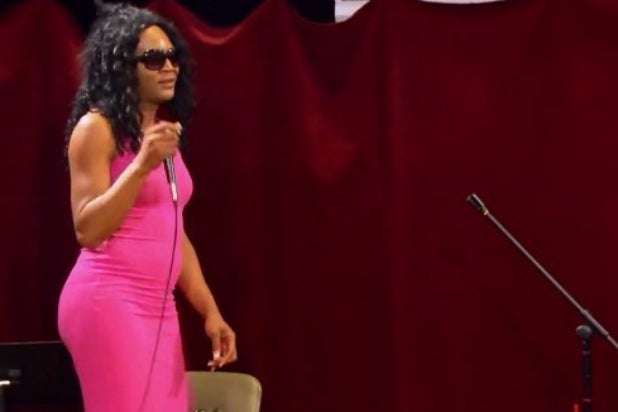 Fuse Media unveiled its 2015 slate of new and returning original programming on a Wednesday upfront season media call, during which participating executives also discussed their new target market strategy, the phasing out of NUVOtv this fall, and the upcoming launch of new channel FM.

Among the new series are “White Guy Talk Show,” and DJ Skee’s “Skee TV.” Plus, stand-up comedian Gabriel Iglesias is getting his own scripted effort, Wilmer Valderrama has a new dance competition series, and Fuse Media execs singled out transgender project “Transcendent” as one to keep an eye out for.

“Big Freedia: Queen of Bounce” (pictured above) — the top-rated show in network history — is returning for a fourth season. Its third season recently premiered.

Fuse Media is targeting what it calls “New Young Americans,” the fast-growing, culturally-diverse audience defined as influencers and tastemakers ages 18-34.

Following the rolling-up of NUVOtv, the company plans on launching a new network, named FM, which will focus on music. The cable and digital media brand will deliver an innovative programming line-up with music at its core and a focus on up-and-coming, young, diverse talent, Fuse touted. Linear and digital programming plans for FM will be announced at a later date.

“From the biggest events and festivals that make the music landscape so compelling, to unique looks at artists and performers pushing boundaries in comedy, fashion, digital and beyond, Fuse will bring New Young Americans the content that fuels their passion, and converts fans into influencers,” said Fuse Media, Inc. president Bill Hilary. “Our new line-up reflects the interests and diversity of a Millennial generation who set their own trends and whose tastes know no cultural boundaries.”

“Fuse is well positioned for growth heading into the upfront season, with a clear vision that will take the brand to new heights in 2015/16,” said Fuse Media, Inc. EVP, Advertising Sales & Integrated Marketing Jason Miller. “With our expanded content lineup, influential talent and must see live events, Fuse is providing more touch points than ever before to engage and connect with this generation of New Young Americans everywhere they are. We look forward to drilling deeper into this vision as we begin meetings with the top agencies and clients in the coming weeks.”

Here is the full slate, in Fuse Media’s own words:

"Utopia" (Fox), Sept. 7 at 8/7c
Pioneers will begin a new civilization off-the-grid in Southern California, where they will live, survive and -- hopefully -- thrive for a full calendar year. Fox will live-stream the happenings around-the-clock.
View In Gallery